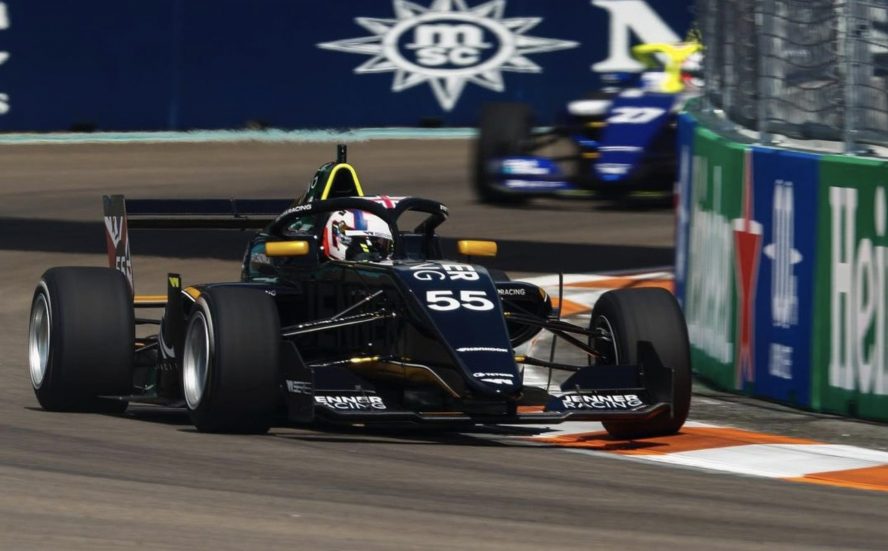 Jamie Chadwick continued winning vibes with a good start in P1. Following her, we saw Nerea Marti, Emma Kimilainen and Alice Powell on the starting grid.

It was tight on the apex as the drivers took off. Emma Kimilainen challenged Nerea Marti to get ahead. It was well intense. With only 0.198 seconds setting them apart. By turn 11, Emma was eager and advanced.

Emma lost out at turn 17 and then within a minute retook her place in P2. Most entertaining was this constant battle. Nerea Marti managed to overtake for second once more. Emma stayed close on her daring to move forward for her W Series win.

Jamie Chadwick maintained the lead of the pack. The previous rookie racer, Abbi Pulling impressed with a fastest lap of 1:56:779.

Alice Powell brought us wheel-to-wheel action going up against Belen Garcia. Sarah Moore had great pace in P6. Beitske Visser was vying to take her. The Dutch driver had an interval of 0.256 seconds to get there. Then Abbi Pulling made a brilliant move for P7. She’s clearly capable of much more.

A black and orange flag came out when Tereza Babickova’s front wing appeared to be falling off. The Czech driver caught the damage early and headed into the pits.

A black and orange flag for Tereza Babickova, as she's called in the pits with a damaged front wing.
#WSeriesMiami 🌴 #WSeries #F1 pic.twitter.com/WzSx6q1gCh

Abbi Pulling pulled off magnificent drive. She positioned her car with crafty racing to P6 ahead of Sarah Moore. The Brit brought it.

There was late drama as Emma Kimilainen lost the rear end of her car at turn 17. They made contact! The Finn found P5. There were glimpses of amazing pace. Alice Powell powered through for P3. Race control will investigate the incident.

It was unfortunate for Fabienne Wohlwend who started in P10 after receiving a five-place grid penalty for causing a collision. The Liechtenstein driver finished in 11th.

Jamie Chadwick had a consistent drive throughout at the Miami International Autodrome. It was a well deserved win for Jenner Racing.