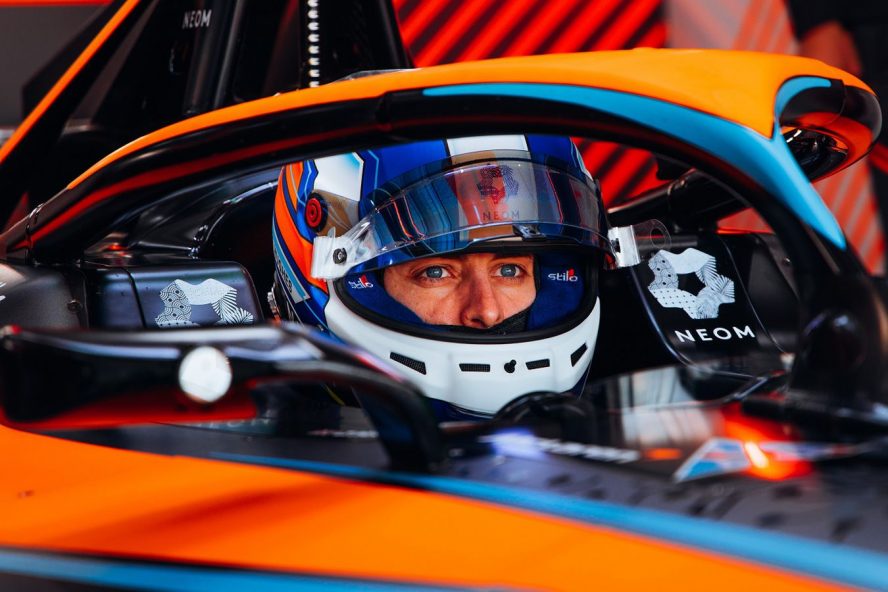 Jake Hughes on racing for his dream team McLaren: “background work” got me here

How the British driver went from starting at 16 to racing for McLaren...

Jake Hughes hasn’t had the typical career but believes his hard work behind the scenes has paid off in the end.

Jake Hughes was one of the ones to watch at this past weekend’s Mexico City E-Prix. He qualified in third and finished fifth, all on his and his team’s debut.

In an exclusive interview with The Independent, Jake Hughes has admitted that he believed he wasn’t the obvious choice for a McLaren race seat and that his hard work and behind-the-scenes work on the simulator is what “tipped it” for him.

Hughes only started karting at 16 (an age at which most young drivers transition to single-seaters). However, he swiftly moved up the ranks and he has finally gotten a spot driving for McLaren. Having been a reserve and test driver in Formula E for some years, Hughes finally got his big break. This was when McLaren acquired Mercedes EQ early in the summer of 2022.

🗣️ "As a team, we have kicked off the season with a solid performance."

McLaren was the team that gave Hughes his first taste of racing as a viewer so when the Brit finally got a permanent Formula E race seat with the outlet it was a full-circle moment. Talking to the Independent he said”I never actually watched a Formula 1 race until I was 13 when Lewis Hamilton was winning races as a rookie for McLaren. ”

Clearly, the days watching Lewis inspired him as when Hughes was announced for McLaren he said: “Growing up, McLaren was one of the teams that inspired me to start racing”.

Hughes was determined to get the McLaren seat and stated that as soon as the acquisition took place he knew that was his aim.

As soon as we knew it would be McLaren, that was my goal.

Having worked his way up through junior formulas and making it all the way to Formula 2, Hughes quit Formula 2 to fully focus on Formula E.

This hard work has clearly paid off. Jake Hughes was all anybody could talk about this past weekend. Jake Hughes and McLaren are both rookies in Formula E yet they put on quite a performance. Coming fifth on debut is no easy job yet it seemed effortless for Hughes who had an incredible race.

He got away well and was also driving in the top four for quite some time. Although he eventually got overtaken Jake clearly showed his and McLaren’s capability.

Formula E’s next destination is Saudi Arabia where McLaren will be hoping to build on Hughes’s excellent first weekend in the car.