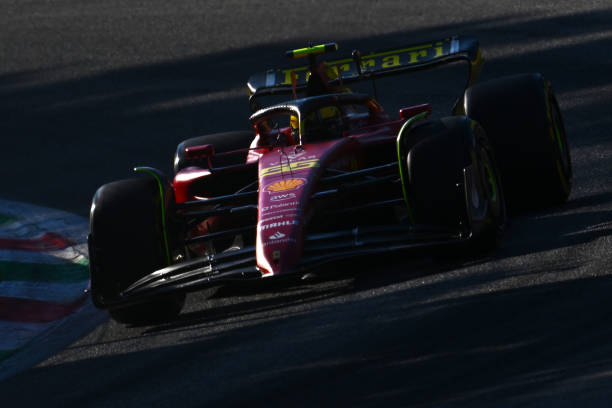 Find out who did well in FP2

Carlos Sainz was the first driver to set a laptime in the second practice session. The Spaniard set a 1:23.156 on the medium tyres, as Sergio Perez found himself just under two tenths behind.

Max Verstappen would then go to the top of the timesheets, setting a 1:23.021. However, a few minutes later, Charles Leclerc smashed the Dutchman’s time by seven tenths, setting a 1:22.307.

The reigning world champion would then respond, going only four thousandths quicker than the Monegasque on the medium tyres at the 10-minute mark.

The Germans play catchup, more so for Schumacher

It was the first time since the 1991 Hungarian Grand Prix, where no German drivers participated in a session. Sebastian Vettel was replaced by Nyck De Vries for Aston Martin. Mick Schumacher was replaced by former Formula 1 driver Antonio Giovinazzi at Haas.

As for Schumacher, it was not a good session for him. The German’s engine stopped at turn four, ending his session early at the 30-minute mark. The 23-year-old will have an important final practice session tomorrow.

It was confirmed during the second practice session that Sainz would take a new control electronics. This confirms that the Spaniard will start at the back of the grid for Sunday’s race.

The 28-year-old will join Lewis Hamilton and Valtteri Bottas at the back of the grid for Ferrari’s home race.

Red Bull duo Verstappen and Perez will also take grid penalties for Sunday’s race. However, Verstappen will only take a five-place grid penalty for taking a new ICE. As for Perez, the Mexican will take a 10-place drop for a fresh engine.

Yuki Tsunoda will also be starting at the back of the grid. The Japanese driver received a 10-place drop for his fifth reprimand of the season; the latest one being for driving in an unsafe condition during the Dutch Grand Prix. AlphaTauri decided to give Tsunoda a new engine to warrant a back of the grid start.

Lots of mistakes were made in FP1 with drivers pushing hard to find the limit. The same happened in FP2. Carlos Sainz locked up into turn one, and his teammate Leclerc almost lost the rear of his Ferrari on entry going into turn three.

Drivers pushing on the soft tyres

Max Verstappen found himself at the top with his first run on the soft tyre. The Dutchman set a time of 1:21.807, just before the red flag was brought out for Mick Schumacher.

Lando Norris was the closest soft runner to the reigning world champion in third before the red flag came out. The Briton was five tenths behind the 24-year-old.

After the red flag, Sainz went to the top, setting a 1:21.664 on the soft tyre with 20 minutes to go. As for his teammate, Leclerc found himself two tenths behind the Spaniard on his soft tyre run.