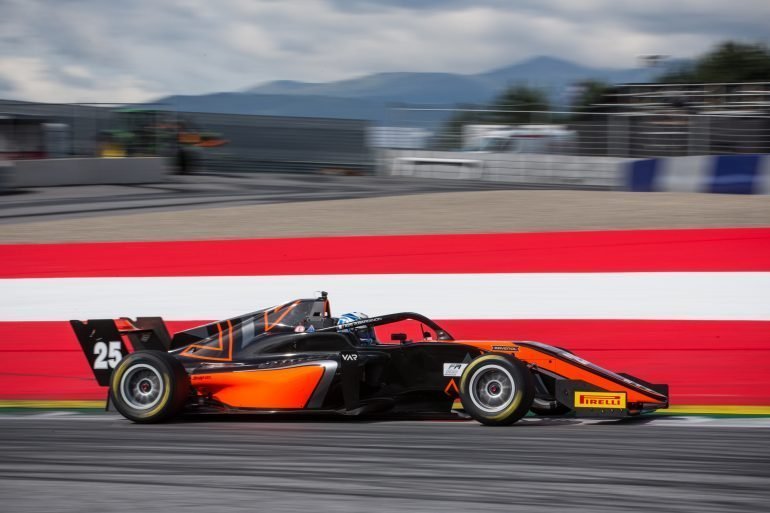 Van Amersfoort Racing has been announced as the final team to join FIA Formula 3 in 2022; confirming the series’ official constructor line-up for 2022-2024.

The Dutch racing team will be replacing the German HWA Team (also known as HWA RACELAB).

The team has been responsible for nurturing current F1 talents such as Red Bull’s Max Verstappen and Ferrari’s Charles Leclerc (competing in the FIA F3 European Championships 2014 and 2015, respectively), as well as 2021 F1 rookie Mick Schumacher of the Haas F1 Team (ADAC F4 2015).

On Van Amersfoort Racing’s (VAR) inclusion to the 2022 racing grid and beyond, FIA Formula 2 and Formula 3 CEO Bruno Michel commented: “For the next three-year cycle, we have decided to renew our trust in nine of our current teams. They have been with us for many years now, and they have proven their value, expertise, and professionalism.

I would like to welcome Van Amersfoort Racing to the list of selected teams. Their success in other categories make them a nice addition to our grid. I am confident that they will adapt quickly to the demands and challenges of our Championship.

“Finally, I would like to take this opportunity to thank HWA RACELAB for their commitment to Formula 3 for the past three seasons, during which they claimed four wins and 10 podiums.”

Frits van Amersfoort, VAR’s team owner, explained to the F3 website: “Our target is to win as many races as we can, but I have not been living under a stone and I realise that F3 is very competitive.

It will be a fight, but I am sure that we will be able to be at the front. Our goal is the same as every other team here: to win. But realistically, there is a lot to do first.

“We are convinced that we can get to that position and that is what we are working towards. That is our long-term objective. As a team, you can only be happy when you deliver champions, but we know that is extremely difficult in this Championship.

“When I turn on the television and see Max [Verstappen] and Charles [Leclerc], it gives me a kick and that is something that we want to keep on doing.”

The HWA Team – ending the 2021 F3 season in 7th out of 10 constructors – after only earning points on two occasions from Italian-Argentine driver Matteo Nannini’s two podium finishes, will leave the F3 racing calendar just as the series plans to adjust its race weekend format.

The Qualifying results are set to decide the starting order of Sunday’s Feature Race. The grid of Saturday’s Sprint Race will also be shaped by reversing the Top 12 of Friday’s Qualifying results; making the action increasingly exciting for fans of the F1 feeder series.

The F2 and F3 series had previously been separated in efforts to lessen expenses. However, reflecting on the new 2022 format, FIA Single-Seater Sporting Director Michael Masi said: “the FIA together with the promoters have concluded that a shared billing that showcases Formula 3, Formula 2 and Formula 1 at the same events wherever possible is more beneficial for both competitors and spectators.”

The 2022 event calendar and driver line-up, which will see a 30-strong grid battle it out for the win, have yet to be announced.