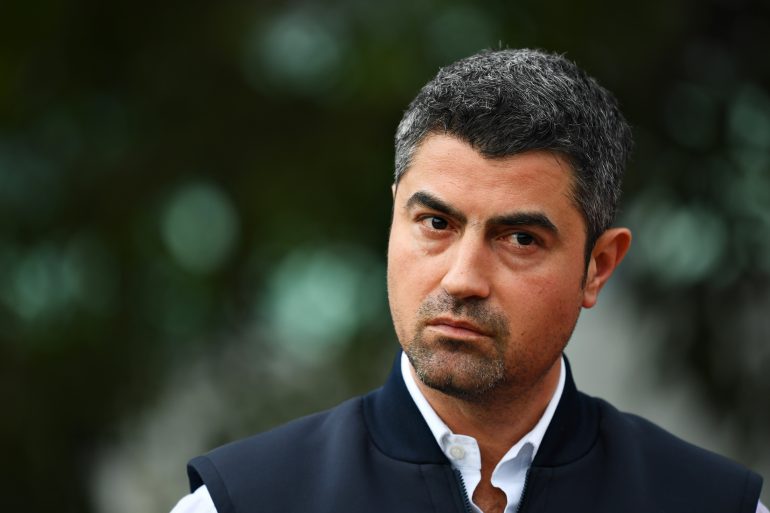 MELBOURNE, AUSTRALIA - MARCH 13: FIA Race Director Michael Masi looks on as a press conference is held outside the paddock after for the F1 Grand Prix of Australia was cancelled at Melbourne Grand Prix Circuit on March 13, 2020 in Melbourne, Australia. (Photo by Clive Mason/Getty Images)

“It was the right decision”: Ecclestone on Masi’s finale decision

Bernie Ecclestone has said that Formula 1 race director Michael Masi though appeared “overwhelmed” at times during the 2021 World Championship, his final decision was right.

“He was in many cases overwhelmed with his job the whole season and maybe shouldn’t have had it at all,” Ecclestone told German newspaper Bild.

“But it was the right decision to let them race.”

“About being robbed, it’s complete and utter nonsense,”

“These things happen all the time in sports. We shouldn’t blame the race director, he did exactly what was the right thing to do.”

Ecclestone talked about what happened on the first lap of the season finale, when Hamilton had took the lead from Verstappen but went off at turn 6, rejoining ahead of Verstappen to maintain his position.

“If you want to think about it carefully, on the first lap of the race he went off the circuit and came back on again,” Ecclestone said.

“Verstappen stayed on the circuit and did absolutely nothing wrong.

“Lewis wasn’t punished at all for that, so he shouldn’t be complaining too much.”