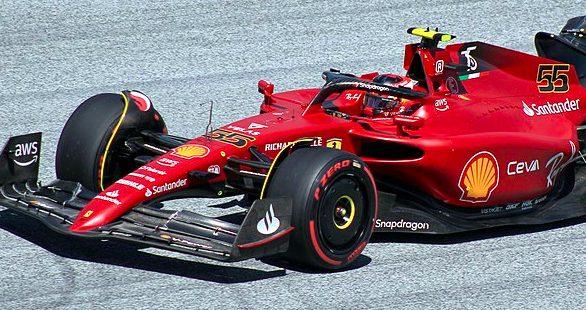 Is Sainz more of a leader then Leclerc?

The former F1 world champion, Damon Hill supports Carlos Sainz by telling Sky Sports: “Carlos has struck me as actually the more of the team leader.”

Carlos Sainz finished the French grand prix in fifth place after starting from the back. The Spaniard took a 20-place grid penalty for replacing engine components. Sainz managed to gain 10 vital Championship points from the weekend despite a five-second time penalty during the race for an unsafe pit release.

However, his teammate, Charles Leclerc, threw away the win after spinning off into the barriers – allowing Verstappen to cruise to victory once again. This sparked debates on Ferrari’s decision-making this season. Damon Hill stated that Sainz:

“Seems to be more familiar with the strategy, seems to be able to make decisions.”

Sainz started the season poorly compared to Leclerc. However, the Spaniard has since stopped making mistakes and has been able to output consistent lap times in every race. From his recent performances, Sainz has gained seven more points than his teammate, in the last five rounds – with 61 compared to Leclerc’s tally of 54.

A tale of strategies

Ferrari are no doubt one of the quickest cars on the grid. However, the tactics and strategies have been questioned throughout the season. Hill suggested that “they’re a little bit halfway up the stairs.” He added:

“Someone needs to take charge and say, ‘okay, we’re making a decision.”

Due to the poor tactical performances from Ferrari and the consistency of Red Bull, Max Verstappen has a 63-point lead over Charles Leclerc. Sainz has also made ground on his teammate in the standings and is now only 26 points behind.

Since winning the British grand prix, Sainz has been showing tremendous pace. The Spanish driver was unfortunate not to step on the podium at Austria, after retiring from the race because of an engine problem. He also gained an impressive 15 places at Paul Ricard, capitalising on Leclerc’s mishap.

There are still 10 races left on the Formula One calendar. Ferrari still has the chance to rectify their mistakes and finish top of the driver’s and constructors’ standings. Team principal, Mattia Binotto, believes that his team needs to bounce back in Hungary: “We’ve got Hungary, only seven days, important for us to turn the page, to look forward.”

He later told Formula One:

“So, I will say there is plenty of reason why we need to smile, and be positive, because our objective going in Hungary should be not for a winning, but a one-two.”

Damon Hill also thinks that Ferrari can turn the season around, noting that “the potential is huge with Ferrari, and I think that if they can fix these problems, they really will be a threat.”

Ferrari fans will be hoping for a revitalised performance from their team this weekend. But it is unclear as to which driver will come out on top. Carlos Sainz will be looking to get one over his teammate once again, but Charles Leclerc will be looking to reignite his title challenge.