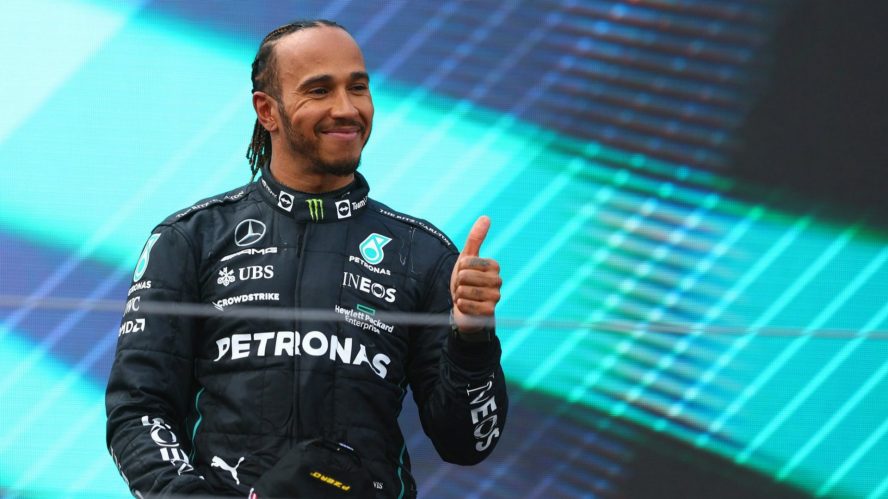 Is Hamilton back? Russell thinks so…

George Russell shares his comments on Hamilton's return to form

After a troublesome start to the season, Lewis Hamilton has had a string of good performances.

After a podium in Canada, a home Grand Prix podium, and a podium last weekend in Austria, it appears that Hamilton is back.

George Russell, Hamilton’s new teammate, had everyone talking. Russell had an amazing statistic of finishing in the top 5 of every race. This stat ended at Silverstone as he was involved in the race start chaos, however, it had many people talking.

Russell is currently ahead 6-5 in qualifying performances and ahead 7-4 in race results. Despite the impressive stats that favour Russell, he himself believes that the “old Hamilton” is back.

Talking about his first season with Mercedes, George Russell stated:

“Those first nine races – maybe eight races – I’d say were pretty good. The last two races were a bit trickier for me”.

He followed this up by saying the most recent Grand Prix has shown him how good Hamilton really is.

We’ve seen in those last couple of races just how fast Lewis is.”

After being plagued with porpoising issues, Mercedes seem to have found a bit more speed and stability, especially at Silverstone.

The Mercedes was very well suited to Silverstone and Russell appreciated that could have been a one-off.

“I don’t think we want to get too carried away because Silverstone is a very unique circuit in the sense of the speeds you’re going through those corners”.

When the cars have had speed and Lewis has been on it, Russell has really seen what the seven-world time champion is made of. Especially after a third consecutive podium.

By Morgan Holiday4 hours ago

“I knew the challenge I faced ahead of the season, going up against Lewis and I’ve seen first-hand just how great he is.”

Before the season started, many wondered how well Russell would perform against Hamilton. But, if Russell thinks highly of Hamilton, that must be a huge confidence boost for himself.

“In any sport, you often get into a bit of a groove, a bit of a rhythm and things seemingly go for you or against you and I obviously had quite a good run.”

At the end of the day, the first person you want to beat in Formula One is your teammate as they are in the same machinery.

Even Russell said so ahead of Austria when he stated: “As drivers, you want to finish ahead of everybody and that includes your team-mate”.

Do you think Hamilton is back?