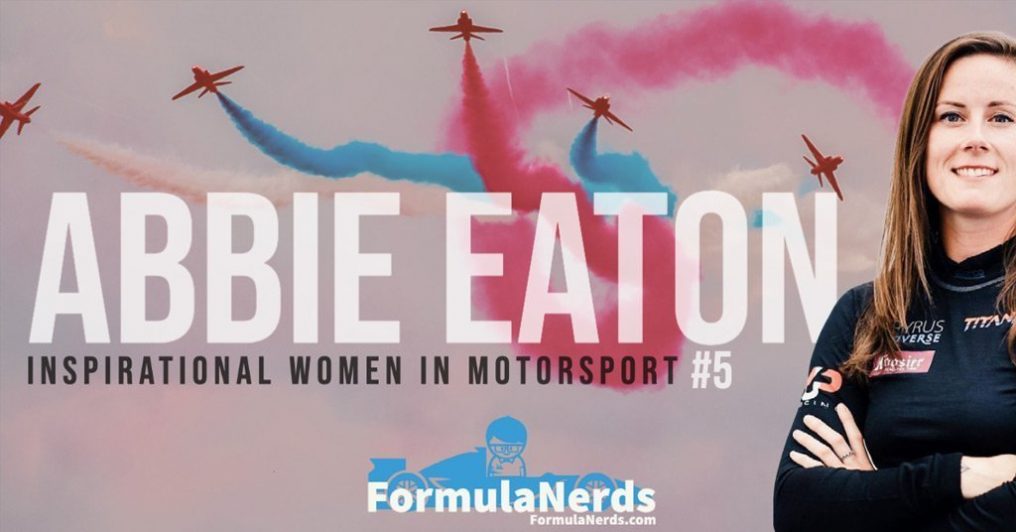 Those were the words of Abbie Eaton as I stepped out of the driver’s seat of a Ferrari 360 at Silverstone a few years back when I was gifted a driving experience for Christmas. When I met her once again at Autosport International last year supporting W Series, I reminded her of her kind words. “You must have been good because I never usually say things like that” was her response.

Ever since that day at Silverstone, I have become a bit of a fan girl and I love telling the story of that time Abbie taught me how to drive a super car. Purely because at the time, she was the only female racing instructor there on the day and she pushed me to the absolute limit and that inspired me even further to throw myself into motorsport. 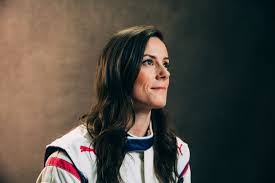 The 29 year old started karting at the age of 10, after being heavily influenced by her father, Paul Eaton, who was an established tin top racer. After competing in various karting championships, she moved to racing cars in 2007 when she competed in the SAXMAX Championship and in 2009 appeared in the Production Touring Car Championship in a Vauxhall Corse SRi-R. She won the Class B Championship with 15 out of 18 wins, 16 podiums, 7 fastest laps and secured 2nd in the overall championship.

In 2010, she found herself without a drive when her British GT debut fell through weeks before the season was about to start but was able to secure a drive in the Mazda MX-5 Championship, finishing 3rd out of 90 entries. Due to lack of budget, the 2011 Mazda MX-5 Cup was a tough season, but despite this she still achieved 11 top ten finishes. Racing only a handful of races in 2012, she was able to compete in the final few races in the Mazda MX-5 Supercup in 2013. With a win, two second places, a third and a fourth place under her belt, she was able to compete in the 2014 season. Despite her success of five wins, seven podiums, 6 fastest laps, 2 pole positions, and a new lap record, crowning her the 2014 champion, it would be her final time racing in the Mazda MX-5 Supercup.

She started racing GT cars, and in 2016 competed in the British GT behind the wheel of a Maserati Gran Turismo MC GT4. It was the first time Maserati had competed in the British GT in 20 years and Abbie finished 2nd in the Pro/Am Championship and 4th overall with driver Marcus Hoggarth. From here. she raced in the Blancpain GT Series in a one off drive in a Ferrari 488 GT3 at Monza. It was her first time racing at Monza, the first time racing in a GT3 spec car, and became the first female to win a class in the series, winning the Am Cup. It was an incredible achievement, while racing a Ferrari at Monza. 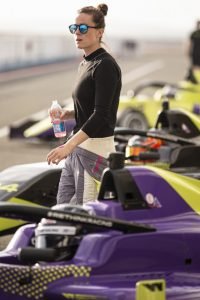 Most of you will recognise Abbie as the test driver from The Grand Tour, alongside Jeremy Clarkson, Richard Hammond and James May. May had always regarded her as “the best and fastest” driver, after appearing in the 2nd and 3rd series of the motoring show. But Abbie always saw this as a stop gap before getting back into racing. So when it was announced that this Yorkshire lass would be competing in W Series, I was excited.  She has achieved so many great results, no matter what she has raced in, and despite never turning a wheel in a single seater, I am confident she can add to her tally. Her W Series E sports debut saw her finish 14th out of 21 drivers, but she will be itching to get back on track when testing begins in Valencia on 26th April, and the season begins supporting Formula One.

“My first year is going to be a learning year,” she explained. “I haven’t got a load of money to be able to go testing and fine tune before the season- so the first season will be when I am learning and trying to get the most out of it. It will be the second year when I try and really go for the championship.”

One of the reasons I am a huge fan of Abbie’s is her versatility to drive in different championships and still clinch the results. Her talent, knowledge and experience is invaluable. She works extremely hard and isn’t scared to get her elbows out. The gaps in her career have mainly been down to lack of funding, as she and her family have self funded the many races Abbie has participated in, with her father even building the cars in the Mazda MX-5 championships. She has never thought that her gender has held her back.

However, she has said in the past that she has encountered more prejudice in the motorsport industry for being female than being gay, and was more concerned about the impact her sexuality might have on her career than being a woman. Speaking to The Race last year, Abbie said “I remember when I was first making that transition to come out, I was worried that potential sponsors might be put off, because ultimately all the females in motorsport that have had success, maybe not in results, but in the publicity behind them, they’re almost kind of marketed as a bit of a sex symbol type thing.” Abbie is also an ambassador for Racing Pride, an LGBT rights charity working within the motorsport industry to promote inclusivity across the sport and it’s technical and commercial partners.

She firmly believes there will be a female racing in Formula One in the near future. Bernie Ecclestone once said that women “wouldn’t be taken seriously” as F1 drivers, a statement which has fuelled a lot of women to make their own paths into the sport.

“It might be one of the younger driver’s who is coming through,” she explained when speaking to the Telegraph last year. “The first female F1 driver will be in karting at the moment, learning the ropes. In the next 10-15 years, there will be a really competitive F1 female driver.”

She understands it won’t be her, but I hope she continues to help shape the future for females in motorsport.