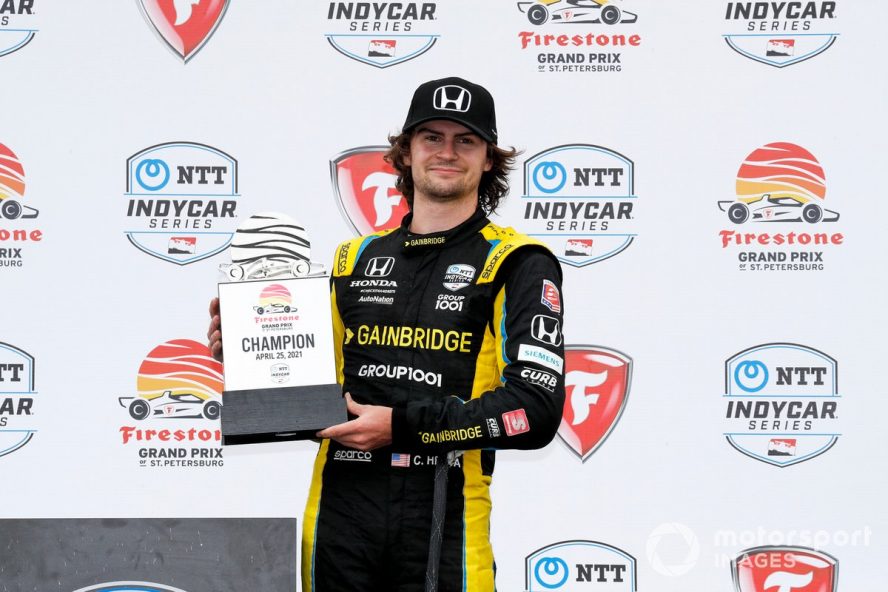 Indycar star Colton Herta has ‘serious ambitions’ to reach F1. Herta during an interview on the F1 Nation podcast, the US driver has spoken of his desire to race at the pinnacle of world Motorsport.

Commenting on his goals, Herta underlined his F1 ambitions:

“It is a serious ambition of mine,” says Herta of F1. “There’s a lot of things that, you know, when I am done racing, I want to be able to say that I did. And Formula 1 is pretty high on the list for one of those things, right? I wanted to get to IndyCar, I wanted to get to the Indy 500, I still want to win the Indy 500 obviously, which I haven’t done yet.

“There’s a big list of different races, events, series that I want to be a part of, and Formula 1 is definitely higher up on the list than a lot of things.”

Herta continues to impress in his short Indycar career, becoming its youngest winner in 2019. Winning five races since Herta is on course for a strong motorsport career. He has yet to finish on the podium in 2022 but has taken one pole so far this season.

Herta is excited for his test later this year for McLaren as part of their driver development programme. The US driver will test a 2021 McLaren MCL35M. Teasing that he knew the date, he revealed he have a seat fit in June followed by simulator prep.  Herta last visited the McLaren Technology Centre in 2019.

Having not seen the factory, Herta is hoping for a more in-depth tour of the MTC. This will no doubt allow Herta to gain more of an understanding of the substantial differences between F1 and Indycar:

“I probably could [reveal the date] but I don’t know, I might get in trouble, so I’m not going to. But it is going to be later in the year. I can say I’m going in June to Woking for a seat fit and then some simulator stuff. So, I’m looking forward to that; last time I was there was in 2019… I think I did one day of sim. I didn’t really get to see the factory which I’m hoping I get a nice tour of”

Herta said he was “looking forward” to his F1 experience with the Woking marque. He is open to other options for an F1 drive, should his McLaren test not lead to a drive:

“I know they’re very secretive of everything, so hopefully I can see all the bits and bobs, but yes, that’s going to be the first step. And then obviously testing later in the year, which is going to be fantastic – I’m really looking forward to it.

“You know I want to be in F1 at some point in my career, and obviously time is essential to that, so it’s going to be very important to do a good job in the test and hopefully open some doors.

“As far as I’m concerned right now, I don’t have a race seat, I don’t have a contract for one, so anything can happen. I’m hoping that if this doesn’t lead to anything with McLaren, it gets people talking a little bit. Maybe it will open a door if I can go quick enough in the car.”