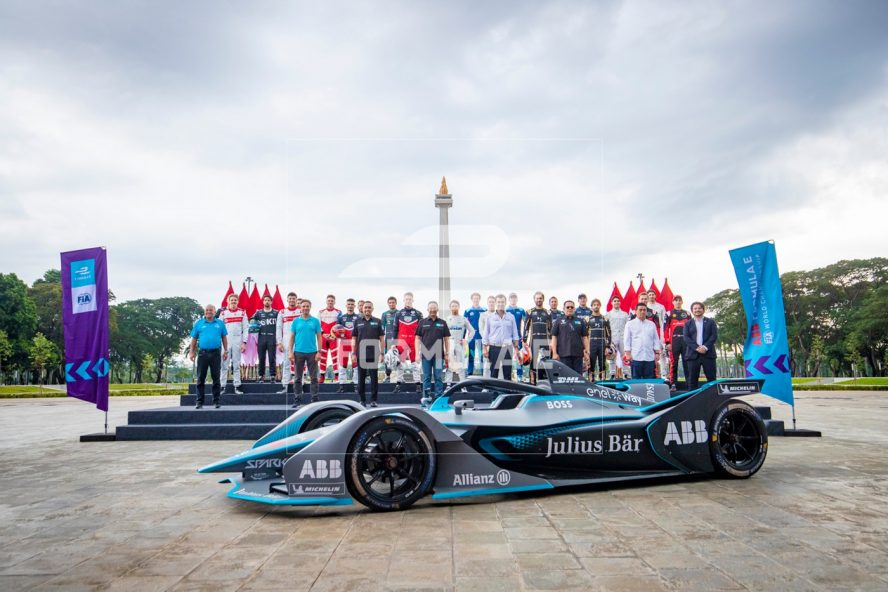 Indonesia makes Formula E debut at the Jakarta International E-Prix circuit for Round 9 of the ABB Formula E World Championship.

Indonesia makes Formula E debut at the Jakarta International E-Prix circuit for Round 9 of the ABB Formula E World Championship.

The circuit spans over 2.37km complete with 18 turns. Alongside this, the drivers will also have to contend with the high temperatures and humidity levels.

Ahead of the inaugural E-Prix, the drivers attended the National Monument with Governor Anies Baswedan. The opening ceremony also included World Champion Nyck de Vries showing off the Gen2 car.

“It’s a new city and a new circuit. Jakarta is a bit of an unknown quantity for everyone, but I like discovering new tracks. It’s always exciting. I like the challenge when you don’t know exactly what to expect. I also think that we are strong as a team in such situations. We’re well prepared, know what’s possible and now have to use that to our advantage.”

The Mercedes EQ driver concluded by addressing his intentions for the weekend by confirming that “the goal is of course to continue in the same vein without raising expectations too much. I have every confidence in the car and our races have been good generally speaking; so that’s the aim again this weekend, to have a good race.”

Teammate, and reigning World Champion, Nyck de Vries, spoke to Formula E about the return to Asia saying: “I’m very much looking forward to returning to the Asian continent. Since the pandemic hit, we haven’t been back yet, so it’s great to be returning this weekend.”

Have Audi secretly agreed a buyout with an F1 team?

The drivers go into Jakarta with only 16 points separating Vandoorne and Mortara. Moving further down, the top five are separated by 30 points.

Stoffel Vandoorne leads the championship with 111 points. He is followed closely by ROKiT Venturi’s Eduoardo Mortara’s on 99 points. DS Tcheetah’s Jean-Eric Vergne takes third with 95 points. He also takes the title of the only driver to score points in every round so far.

Mercedes EQ however are running away with the Teams Championship after a spectacular run for both drivers picking up 40 points from Round 8 in Berlin. ROKiT Venturi sit behind in P2 with DS Tcheetah taking the final podium place.

Formula E returns on Saturday (4th June) for Round 9 in Jakarta.