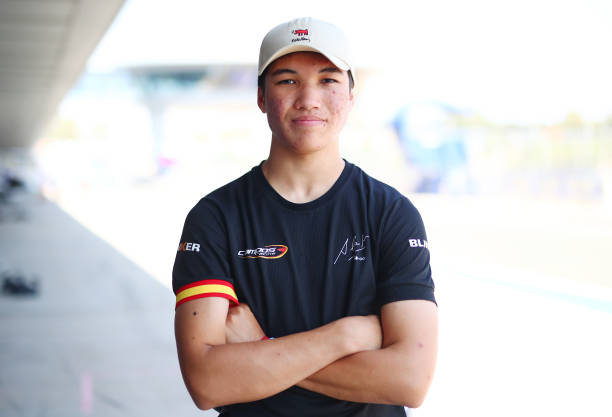 Hugh Barter steps up to F3 with Campos

Campos Racing has added a promising young driver in Hugh Barter to their Formula 3 lineup.

The 17 year-old Australian-Japanese driver has been racing in single-seaters for just two years now, making his debut in the 2021 French F4 championship. He raced with the FFSA Academy and finished second in the standings before remaining for another season.

He finished second again in French F4 in 2022, although he improved by notching up six wins to the two he scored in 2021. That season Barter also competed in Spanish F4 with Campos Racing, a series in which he also finished second. He finished on the podium in 14 of the 2021 races and took four consecutive wins (out of six total wins that season). Despite his best efforts, he came runner-up to Nikola Tsolov, who took a shocking eight consecutive race wins (out of 13 wins that season). Tsolov consequently signed a contract to race in Formula 3 with ART Grand Prix in 2023.

Following the success he experienced in Spanish F4 with Campos, the team decided to bring him up to their Formula 3 team alongside Christian Mansell. They’ll be two of the many 2023 rookies. Their third teammate has yet to be announced.

“I’m very happy to announce that I’ll be doing F3 with Campos Racing this year,” said Barter. “It’ll be good to keep the relationship going after a strong season with them in Formula 4 so I look forward to it. I would also like to thank my main sponsor Platinum High Integrity Technologies Limited because without them it would not be possible.”

Campos Racing’s Team Principal Adrian Campos added: “We are proud to continue working with Hugh after a 2022 season with plenty of success.

By Grace Robinson1 hour ago

“The Formula 3 championship is yet a more difficult challenge but we feel confident as he is a very talented driver with excellent skills. We really hope he will be able to quickly learn with our support and experience in order to end the season fighting for top results.”

Barter is just one of many Formula 3 driver announcements to come out in the past couple of weeks, and there are still more to come. But time is running out for teams to announce their lineups, as the season starts in just six short weeks in Bahrain.

Campos and Hitech Grand Prix both have one driver still to announce, while Carlin Racing has two. Charouz Racing System and Jenzer Motorsport have yet to announce any drivers, but decisions can be expected any day now.