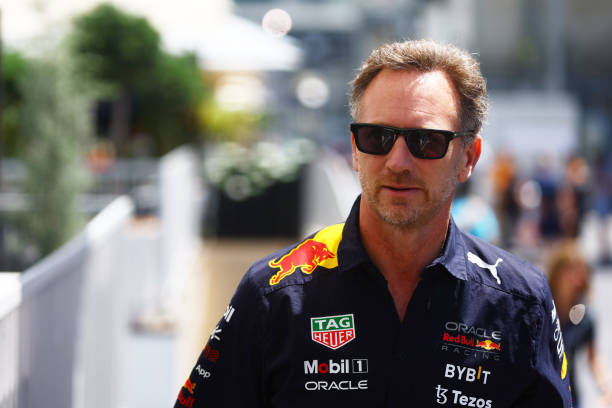 Red Bull team principal Christian Horner says the origin of Aston Martin’s ’copycat’ Red Bull will be once again questioned at the next FIA F1 Commission meeting, despite the FIA clearing Lawrence Stroll’s team of any wrongdoing.

Speaking to the media, Horner revealed his intent to raise the ‘copycat’ dispute again.

“It really sits with the FIA at the moment so there’s nothing really further to add from our side.

“I’m sure, again, within the two-hour window that we have in Austria for the Formula 1 commission meeting next week, it’ll be added to the list of discussion topics.”

It’s not the first time that a Lawrence Stroll-led team has faced scrutiny for a “copycat” car. Aston Martin’s predecessor, Racing Point, was labelled the “pink Mercedes” after reverse-engineering the 2019 Mercedes car, a tactic that the FIA has since banned.

Although Horner wants to continue the dispute, his colleague and Red Bull advisor, Helmut Marko has already admitted that an internal investigation found “no evidence” of a data leak which could have led to Aston Martin recreating their 2022 car.

According to RacingNews365.com, Horner revealed a number of issues that will be raised at the next FIA F1 Commission meeting.

By Francesca Herring7 days ago

The rise of inflation, its influence on the cost cap, and the FIA’s new technical directive will undoubtedly be hit topics on everyone’s lips.

“I think the TD has largely been addressed,” Horner said.

“What happened in Montreal wasn’t right, the process, that it was introduced on a Thursday afternoon and the manner without any consultation with a technical group.

“So I think that consultation has now happened through that technical working group, or the TAC as it’s now known, and I think the implementation with the timing for France has now followed that process.

“We need to come up with solutions because we’re now at the half-year point,” he added.

“Regarding obviously the cost cap issue, it will be interesting to see what the FIA presents. They promised to come back to us with a proposal, so we’ll listen with interest to see what’s put on the table.”