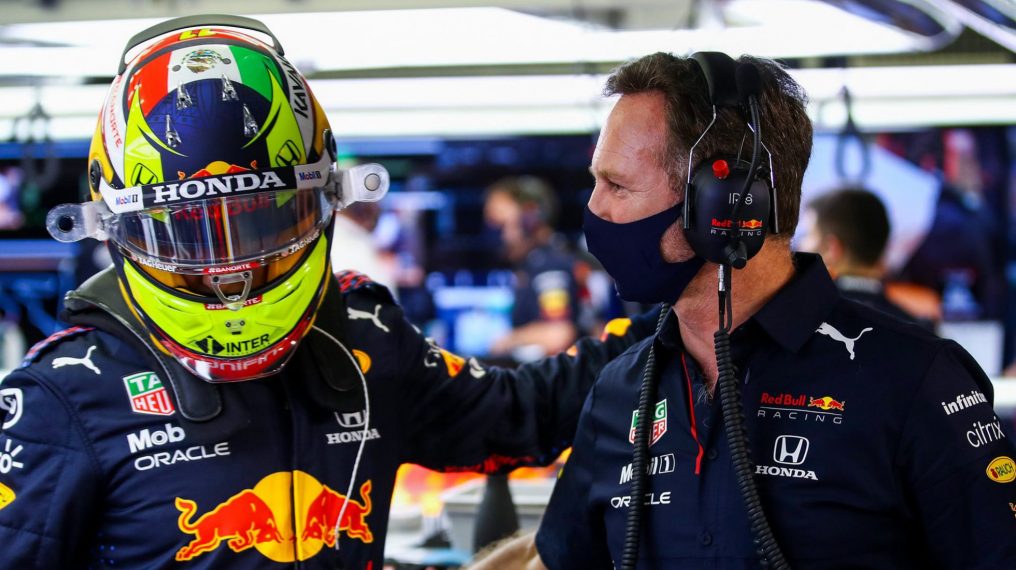 Red Bull Team Principal Christian Horner has been full of praise for Sergio Perez after his drive through the field to finish fifth in Sunday’s Bahrain Grand Prix.

The weekend didn’t start well for Perez, who qualified down in 11th. The Mexican then had a tricky start to the race, losing power and stopping on the formation lap.

It looked like he was going to have retire on his debut before lights out, but Perez with the help of the team’s Sporting Director Jonathan Wheatley, was able to switch the car on again – although this delay meant he had to start the race from the pitlane.

Horner was impressed by his new driver’s recovery drive to score an important ten points, as Red Bull look to challenge Mercedes for the constructors’ title.

“Hats off to Sergio as well in what was a great comeback drive for him, especially after starting in the pit lane,” said Horner.

“He kept a cool, calm head after the issue on the formation lap and was able to deliver a strong points haul.”

Perez was also mightily relieved to achieve a strong result– a performance which won him the Driver of the Day vote – considering the issues he faced before the race had begun.

“Considering my race almost didn’t happen today,” said Perez, “I think overall we can be pleased with the race and take away the positives as the pace was really good and the potential is there.”

“We’ve got a lot of data to analyse now so that we understand everything and make sure we come back stronger at the next race in Imola.”

Red Bull will be hoping for a stronger result this year at Imola, where in 2020 they scored no points, after Max Verstappen suffered a puncture while challenging for victory.