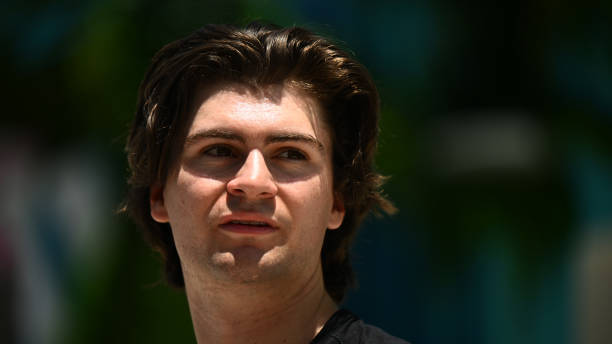 Formula 1's silly season is not done just yet

Horner has also indicated that Pierre Gasly will not be released until Herta receives a superlicence.

Red Bull have reportedly agreed on a deal with Alpine. The deal allows Gasly to move to the Enstone team, replacing the departing Fernando Alonso.

Allowing Gasly to leave will open up a spot at AlphaTauri.

The main obstacle is Herta not having enough superlicence points. Rival team bosses have suggested that the FIA should stick to the current points system.

According to Motorsport.com, Formula 1 CEO Stefano Domenicali says he will stick to the current rules regarding superlicences.

The Red Bull boss confirmed the interest Red Bull have for Herta. The Briton added that the IndyCar talent could be a future Red Bull driver:

“I think he’s an exciting talent. He’s a younger American guy that’s been a standout talent in the US, so it’ll be very interesting to see how he performs in Formula 1.”

Horner also acknowledged the rising interest in Formula 1 in America, admitting that Herta could help their long-term future.

“And F1 obviously is growing in popularity in the US market at the moment, and to have a successful US driver could be very interesting. It could be interesting for us, in the longer term.

“I mean, we’ve got contracts with our existing drivers, but AlphaTauri or Toro Rosso, they’ve produced a great stable of drivers for us to draw upon, whether it be Sebastian [Vettel] or Max [Verstappen] or Daniel [Ricciardo] over the years.”

Horner’s opinion on the superlicence situation

The 48-year-old said: “I think that’s an FIA issue, we just need clarity for what is the situation regarding driver points, which hopefully will come sooner rather than later. Because that plays a key role obviously in the driver merry-go-round.

Is there an alternative?

Obviously if Red Bull cannot get Herta due to not having enough superlicence points, they will have to go for an alternative. However, Horner does not see this, suggesting that Gasly could stay with the team:

“I think Pierre is doing a good job within AlphaTauri. So, I don’t think there will be a desire to change if there wasn’t an interesting option available.”

Other options could include Formula 2 leader Felipe Drugovich. As the Brazilian is on the brink of winning the Formula 2 championship, he will not be able to compete in Formula 2 again. Many have suggested a reserve role for the Brazilian, which he is not adverse to.

Helmut Marko had a meeting with Drugovich last weekend at Zandvoort. However, when asked by Motorsport.com, if the Austrian team had an interest in Drugovich, Marko responded:

“We are not talking to him.”