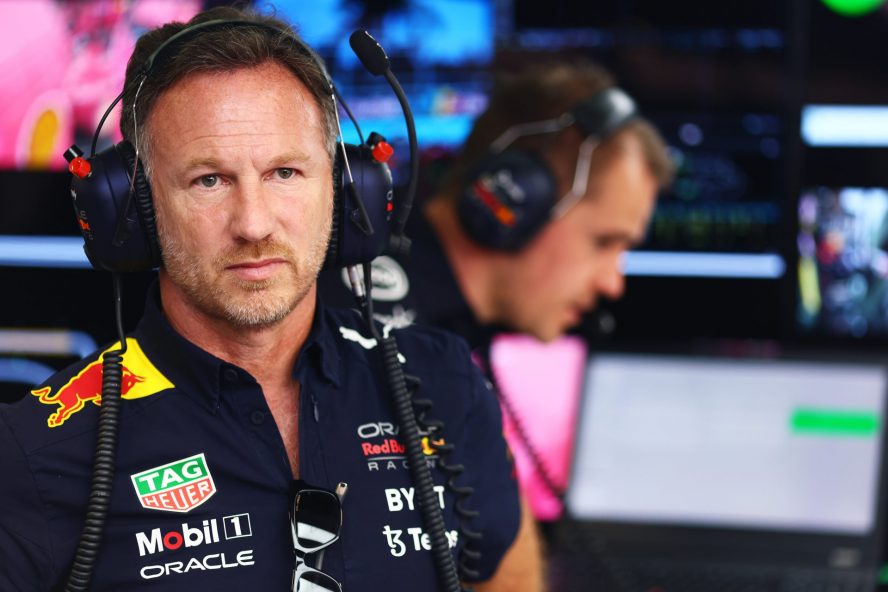 Since the upgraded Aston Martin AMR22 broke cover in Barcelona, the team has moved to shake off controversy. The upgrades share a remarkable resemblance to Red Bull’s RB18.  Aston Martin maintains that the upgrade is their work and creation.

The row over the design shows no sign of abating. Red Bull Team Principal Christian Horner has confirmed an internal team investigation. Interviewed by Racingnews365,   Horner says he has no issue with people leaving the team. His primary concern is former team members that defected to Aston Martin may have taken IP data:

“I think it’s common practice that people move from team to team. But of course, it relies on the fact that no IP [Intellectual Property] has been transferred. We have systems that allow us to protect and check our data, we have partners that we work with that enable us to do that.

“So, the next stage for us is obviously to ensure that our IP hasn’t been breached in any way.”

“I think the difference with their last copy is [that] they had a willing participant,” he claimed.

“Mercedes had no issue with Racing Point copying their car, and the relationship between Toto [Wolff] and Lawrence [Stroll] facilitated that.

“There is no commercial relationship between our teams, so therefore it’s something that we take very seriously.”

“One could understand the fact to say that we have two teams under common ownership, yet our sister team is nowhere near as close in its design philosophy, despite taking a common componentry that’s allowed, compared to a rival team,” Horner said.

“So that would inevitably raise questions, as I’m sure it will up and down the pit lane.”

Horner says concerns remain. He confirmed an internal investigation is ongoing. However, Horner would not comment on the thoughts of the other teams:

“I think the FIA have made their position clear. We’ll conduct our own internal investigation, and go from there.”

“I can’t speak for the other teams”.