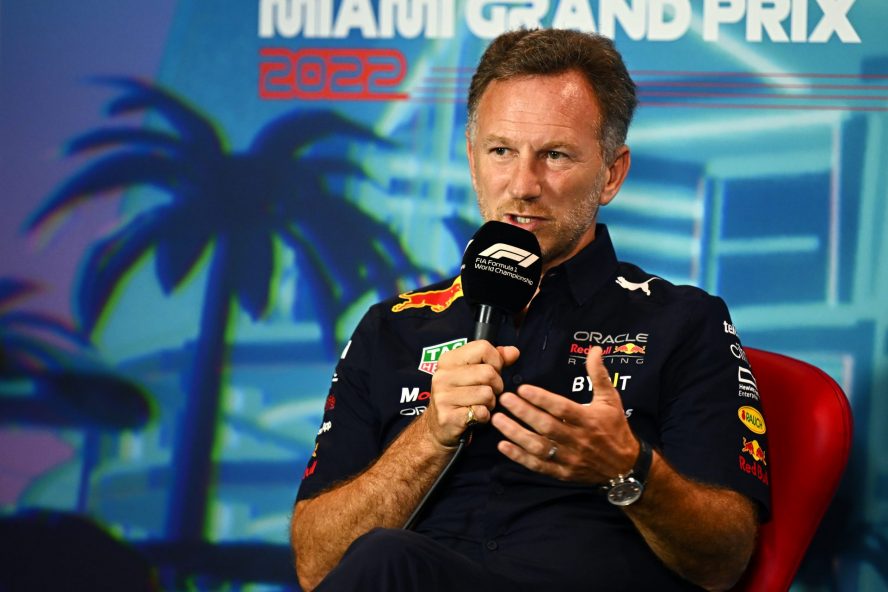 Red Bull Team Principal Christian Horner opened up about the current rivalry with Scuderia Ferrari, admitting things are much different from the heat of the battle with Mercedes in 2021. While tones however are still calm, Horner expects more drama to come soon not only with the Italian Team Principal but with the comeback of the Germans as well.

The battle between Mercedes and Red Bull Racing in 2021 will go down in history as one of the most hard-fought Championships in the sport. On and off track, the two teams displayed a total war, often perpetuated by the team principals more than the drivers, even admitting at the end of having gone too far.

In 2022 so far, the tension doesn’t seem to have recreated between rivals. While Toto Wolff is busy trying to solve the riddle behind Mercedes’ performance (or lack of), Ferrari and Red Bull have been fighting fiercely on the track without causing too much drama in the press so far, as confirmed by Christian Horner to Motorsport.com: “Well, Mattia is a nice guy. So I mean, it’s just a different kind of competition. But you’re writing Toto off. There’s plenty of time for him to get himself back in the show. But, look, I think we’re very much focused on ourselves. All nine teams are our competitors.

Nevertheless, the season is still long and 2022 has just started with plenty of races and scenarios to still bring the action: “The first races have been epic. And if that continues through the season, inevitably, it’s going to boil over at some point as it gets more competitive and the stakes get higher in the second half of the year. But certainly, what we’ve seen so far has been, very respectful racing, hard racing, but fair racing. “

With the fight between the Austrian team and the Italian one set to lit in the future, one last warning comes from the Red Bull Team Principal regarding his past rivals: “And as I said, I think you’re going to see Mercedes joining that party fairly soon.”