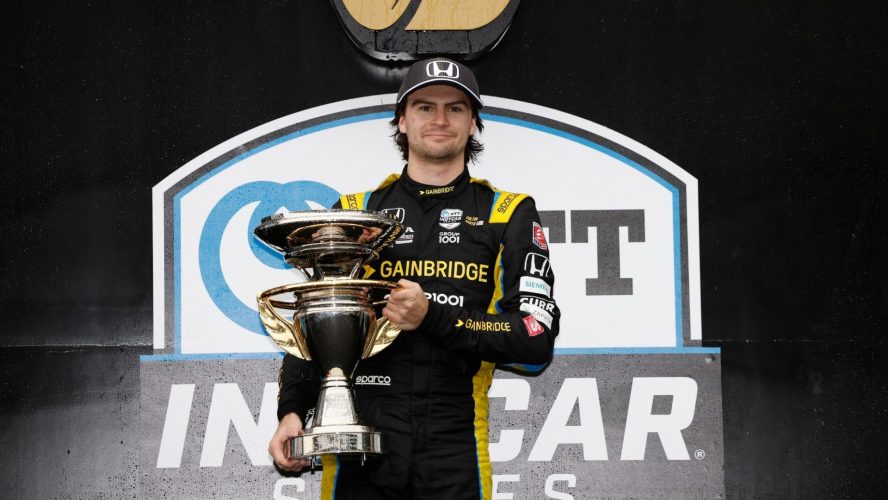 Journalist Chris Medland has stated that he believes Colton Herta is good enough for Alpha Tauri.

As silly season appears to still be in full swing, many rumours are starting to swirl about Herta and Alpha Tauri.

Colton Herta has been linked with moving to Formula 1 for some time now. First, it was with a possible Andretti team. He has also tested for McLaren and been linked to ALfa Romeo. Now it seems like Red Bull and their sister team, Alpha Tauri are targeting him.

Like many silly season moves this year, it all started with Sebastian Vettel retiring. Vettel retires, Alonso replaces and Alpine are needing a driver. You all know the story.

Many have tipped Gasly to move to Alpine as it is a better team and Gasly is still one of the most exciting drivers in the sport. This would also mean Alpine would have a full French line up, another dream of the team.

Who would replace Gasly?

Colton Herta appears to be the choice to replace Gasly if the move goes ahead. RedBull has hinted that they are happy to release Gasly to Alpine but only if Herta can definitely race for them. However, it looks increasingly unlikely that this won’t happen as Herta has nowhere near enough super license points to enter the sport.

So when Chris Medland states that Herta is good enough for Formula 1, people take notice.

In his podcast that he did with “In the Fastlane”, Medland says that Herta is certainly good enough for Formula 1.

He believes that not only is Herta good enough but that he should have the points anyway. Medland thinks that the IndyCar system for points is wrong.

One thing that’s become very clear about all of this is the fact that the IndyCar points system is weighted wrongly (for gaining a superlicense).

Medland believes that this season, although finishing tenth in the championship, has proved Herta is able.

“If a driver can be consistently finishing in the top 10 of that championship and winning races every season, they know what they’re doing. Colton’s finished ahead of Romain Grosjean in the championship this year in the same team, and he’s won races for a team not in the championship fight. He’s clearly a good enough driver.”

Not only would Herta joining the sport be a good option for Alpha Tauri, it would be great for American fans. Formula 1 is booming in the US right now. Having an American driver will be the cherry on top.

Next year, Formula 1 is set to race in the US three times. Once in Miami, Once at COTA, and Once at the new Las Vegas street circuit. If Herta was racing in all three of those races, it would be pretty special.

Medland did say though that Herta will need a somewhat competitive car to truly ignite the American crowd.