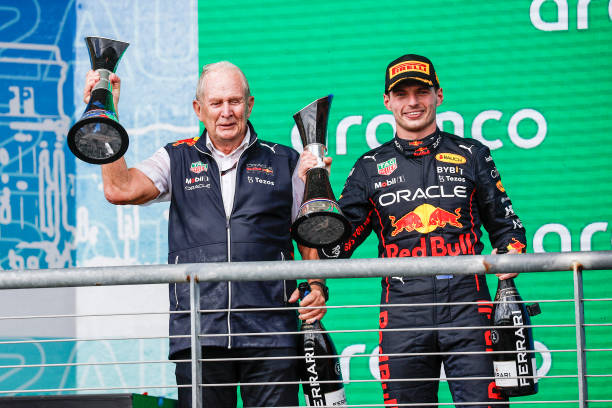 Despite a slow start, Max Verstappen and Red Bull were an untouchable combination in 2022, putting him above and beyond the rest of the grid in the eyes of the Red Bull chiefs.

Speaking to SportBild, Red Bull’s chief advisor Dr Helmut Marko revealed that no driver can contend with Verstappen over a single season, including his teammate Sergio Perez.

“Checo can certainly win one or two races. But I don’t see at the moment that he can challenge Max over an entire season. In general, I don’t see that currently one can do this with the same conditions.”

Verstappen’s run of dominance in 2022 certainly backs up Marko’s bold statement, as the Dutchman racked up a sensational 15 Grand Prix victories, including five in succession.

When asked if Verstappen would have a little more of a challenge in 2023, Marko replied:

“Unfortunately, I’m not afraid. Mercedes has fought its way to us over the year. Although they are not yet on an equal footing, they have more wind tunnel time for the development of the car.

“But I’m not very worried. We are on the right track for 2023 and have Max, the best driver in the field.”

Red Bull team boss, Christian Horner, made similar statements earlier in the year. In an interview with The Guardian, Horner named Verstappen as “quite clearly the most talented” Red Bull driver of all time, even surpassing Sebastian Vettel.

When speaking to RacingNews365, Horner added: “What we have seen this year is a downright outstanding performance from a driver who is performing at the top of his game,

“He won the most races and on top of that, two sprint races and by no means all of them from pole position. He had to race and fight for it and looking back on the year, you can only conclude that it was an excellent season.”