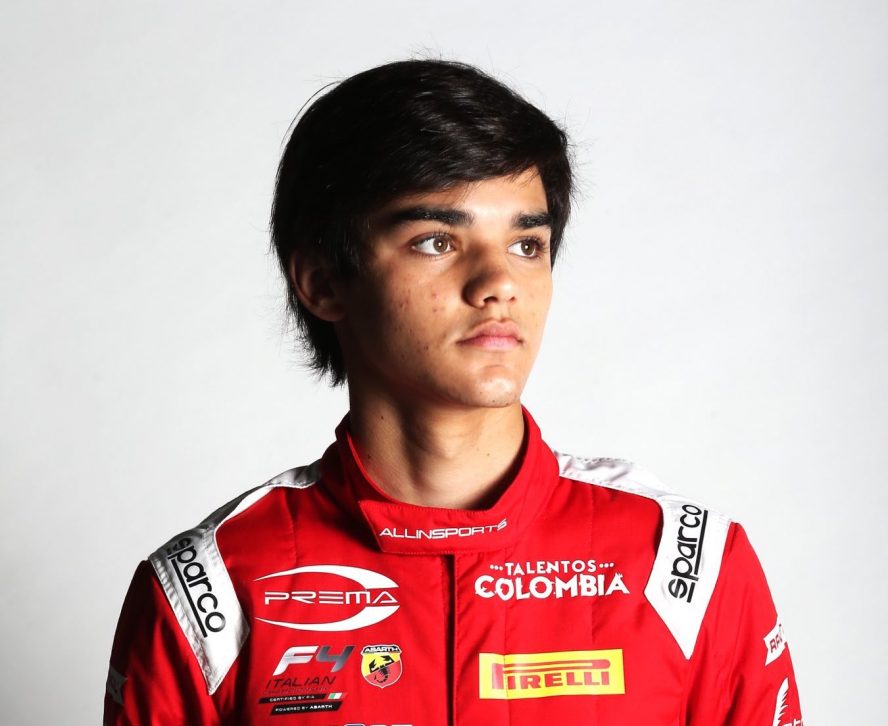 Have Red Bull just signed the next Max Verstappen?

Having previously been part of the Ferrari Driver Academy, the youngster received backing from the team while he was karting during 2018, but he has now been snapped up by their Austrian rivals.

Sebastian is the son of Juan Pablo Montoya, an eccentric former F1 driver who scored no less than seven wins and thirty podiums for McLaren and Williams from 2001 to 2006.

Given that the sport’s current world champion Max Verstappen is also the son of ex-driver Jos Verstappen, the youngster’s signing has drawn comparisons between the two.

How good is Sebastian Montoya?

As reported by F1 Feeder Series, Montoya Jr announced his induction into Red Bull’s Athletes roster on July 26, 2022, by posting photos of himself on Instagram wearing the energy drink brand’s sporting gear.

However, while Red Bull’s Athletes often receive sponsorship from the firm, the initiative is separate from the Red Bull Junior Team. The latter has given the likes of Sebastien Vettel, Max Verstappen, Daniel Ricciardo, Pierre Gasly, Yuki Tsunoda and Alexander Albon an opportunity to make their Formula 1 debuts.

In fact, the Athletes program even includes professionals from completely unrelated sports such as Trent Alexander-Arnold and Ben Stokes, meaning that Sebastien Montoya hasn’t quite positioned himself to follow in his father’s footsteps just yet.

Currently though, the Columbian is doing well, racing in Formula Regional European Championship by Alpine (FRECA) for Prema, a team that has nurtured numerous F1 talents over the years, including Mick Schumacher, Esteban Ocon and Charles Leclerc, to name a few.

Sebastian Montoya has also started the year in fine form, scoring two wins out of three races for the Mumbai Falcons in Formula Regional Asia, and he currently sits tenth in his rookie FRECA season, having achieved a highest finish of fourth.

Another son, another champion?

While Verstappen may be the reigning F1 champion, the Dutchman’s success is by no means a guarantee that Montoya Jr will emulate his father and race in the sport too.

Even those related to former stars that have made it onto the grid, haven’t always acquitted themselves very well. Bruno Senna, nephew of three-time world champion Ayrton, failed to make an impact at Williams, Lotus or Hispania Racing, and was ultimately dropped in 2012.

Nelson Piquet Jr, son of the now-disgraced ex-champion Nelson Piquet, also failed to make his mark at Renault over two seasons, while the jury remains out on whether the legendary Michael Schumacher’s son Mick can emulate his father’s former glories.

On the flipside, others such as Nico Rosberg, have managed to make it work. Just like his father Keke Rosberg, Nico won the world championship in 2016.

Damon Hill and Jacques Villeneuve also managed to emulate their fathers Graham and Gilles, winning the 1996 and 1997 drivers’ titles respectively.

Given that circumstances also differed greatly in each of these instances, muddying the waters, it’s therefore very difficult to judge whether Montoya will follow in his father’s footsteps based on precedent alone.

That said, if the youngster were to replicate Juan Pablo’s stellar F1 and subsequent NASCAR, IndyCar and IMSA SportsCar racing careers, he’d be doing very well for himself.

. @redbullracing are on the trophy. @fia prize giving is happening soon!