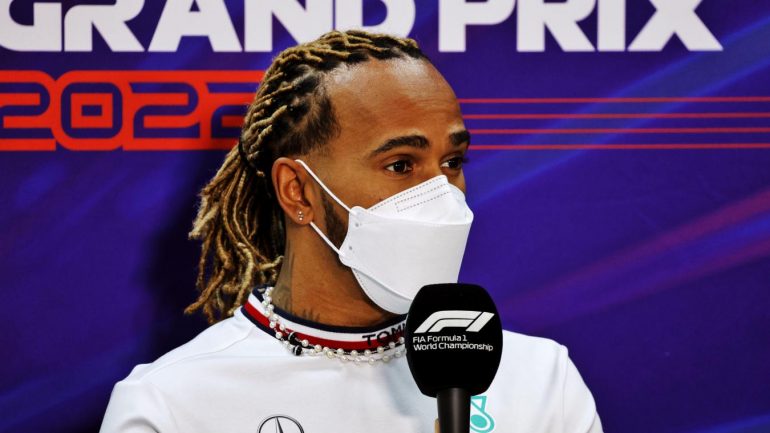 Seven-time World Champion Lewis Hamilton worries the rest of the grid with the first bit of positive feedback on the W-13 after Mercedes introduced new upgrades in Spain.

The record-holding Briton has had his performances limited by a poor Mercedes car in 2022. The Silver Arrows has suffered from treacherous porpoising down the straights making the car unpredictable when heading into corners.

“He says that the car finally drives like a Formula One car!” said Wolff.

“I think this is the best feedback you can get from a driver.”

Whilst this may seem like brilliant news for the fans of the 37-year-old, the comments will come as a worrying update for Ferrari and Red Bull who will be spending tomorrow’s race in the Catalunyan Sun looking over their shoulder as George Russell and Lewis Hamilton seem to be back in the mix.

Be Wary of Russell

George Russell’s ability to overlook and push through Mercedes’ bouncing issues since the start of this year has seen the Mercedes rookie haul a very respectable 59 points in the Drivers Championship, only seven points behind Red Bull’s Sergio Perez.

Russell managed to clinch a spot on the second row ahead of Perez in today’s qualifying which is a clear sign of improvement for the Mercs.

Whilst there is still a lot of work to be done in order to close the gap to Ferrari and Red Bull, Mercedes will be beaming with joy after Hamilton’s comforting feedback on the fresh upgrades.