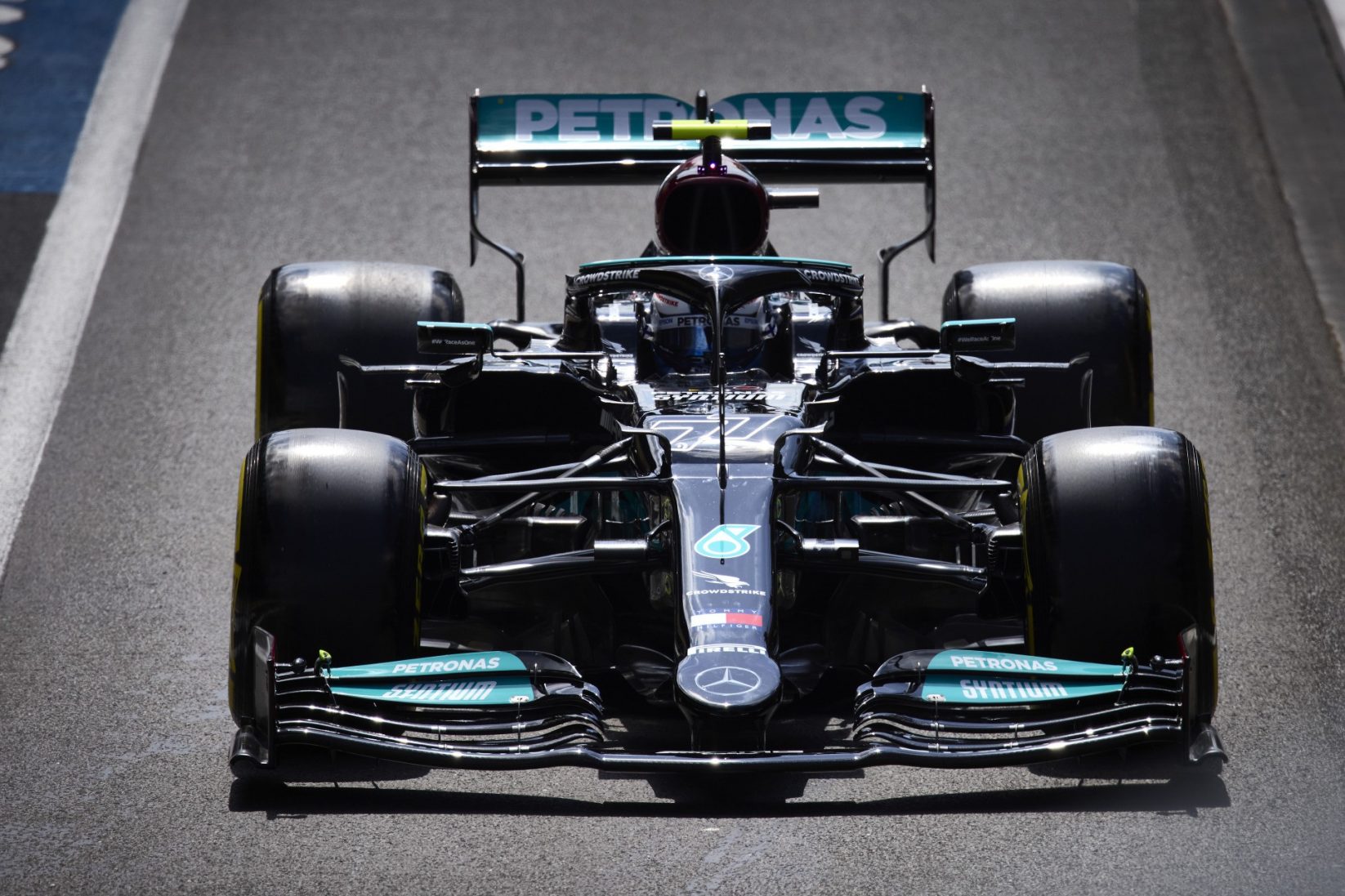 Hamilton wins a dramatic British GP after a well-fought battle with Charles Leclerc who took the lead after a collision between Max and Lewis that caused the race to be red-flagged.

Perez started from the pit lane after changing the rear wing following an incident in the sprint race. All drivers on mediums except Perez who was on hards. Both Hamilton and Verstappen had good starts and went into turn one side by side, they fought wheel to wheel all the way to copse where they collided. Max flew into the tyre barrier sideways with some speed and the race was red-flagged. After looking at the replays, you can see Max’s rear right tyre came off the wheel and flew in front of the car. Thankfully, the halo protected max and limited the injuries. Max walked out of the car, albeit supported by the medical staff, and went to the medical centre. The incident was investigated by the stewards, and there were varying opinions as to where the fault lies.

As the marshalls worked hard to rebuild the tyre wall, Horner and Wolff spoke to Michael Masi each trying to pin the blame on the opposition. However, Masi is the race director and not a steward so ultimately the decision does not lie with him.

As the race restarted we saw Leclerc take the pole position on the grid after overtaking Hamilton and Bottas after the collision at Copse. Russell lost a place and started 14th. Raikkonen however, made up 6 places starting in 9th and Vettel restarts in 6th. As the race got underway Leclerc got a good start and managed to get a 1.2 second lead over Hamilton. Norris made a place overtaking Bottas and was 3rd going into Abbey. Vettel and Alonso collided and Vettel fell down the pack but managed to climb his way past the Haas cars by lap 8.

Hamilton received a 10-second penalty for his part in the collision with championship rival Max Verstappen, this made Mercedes change their strategy. Their race was no longer about tyre preservation, they needed to push.

Further down the pack, Perez started to climb reaching 12th position by lap 12 after starting 19th after the red flag. Riccardo was blowing smoke in the first few laps but this seemed to subside and he managed to hold on to his 5th place keeping an eager Sainz behind him.

Leclerc’s engine cut out and the gap between him and Hamilton closed in but Ferrari gave him some new engine settings to try and Leclerc managed to hold on to his lead.

Perez, Russell and Vettel pitted on lap 20 as Hamilton complained of blistering and Leclerc pulled off the fastest lap. The rest of the drivers filtered into the pits and Norris had an issue with his right rear having a 6 second stop time on lap 23 followed by a Bottas pit stop where he managed to leave the pits in 5th ahead of Norris. Bottas then swiftly overtook Alonso to take 4th.  The front runners extended their run staying out of mediums.

Hamilton then took his 10-second penalty alongside his pit stop spending 40 seconds in the pit lane coming out of the pits behind Norris and teammate Bottas. Leclerc managed to hold onto his tyres for 30 laps and had a much smoother pit stop than teammate Carlos Sainz who was stationary for 12.3 seconds. Charles Leclerc emerged from the pits in the lead with 6 seconds on Bottas in 2nd. Hamilton was catching Norris as he came out of the pits and hunted him down finally managing to overtake him at Copse.

W Series to test at Anglesey

Perez continued his hunt and was in 9th with 16 laps to go as Ricciardo was weaving to lose the tow Sainz had. Ricciardo showed promise again this weekend, making good progress in the Mclaren.

The FIA informed us that Max Verstappen had been taken to a local hospital for checkups after the dramatic side impact.

Valterri Bottas explained over the radio that he was struggling and would not be able to finish the race at the current pace and this started conversations about Hamilton and Bottas swapping positions in order to put pressure on Ferrari. On lap 40 Bottas got team orders to invert the cars at Stowe. As a result of the spin after the restart, Vettel retired on lap 41.

The TV graphics alerted the fans to the fact that Hamilton would be within striking distance of Leclerc on lap 50 and this gap was closing as both drivers pushed their cars to the limit. Leclerc was setting personal bests whilst Hamilton was setting fastest laps. Perez took another pit stop for fresh tyres putting him down into the bottom 5, but managed to once again claw his way back to 12th with 7 laps to go.

Hamilton closed in on Leclerc shortening the gap to 3 seconds with 5 laps to go, the hunt was on. His right front tyre was blistering as we were informed over the radio. Raikkonen spun and Gasly pitted which broke up the back runners allowing both Leclerc and Hamilton through. Perez pitted to put on softs to steal the fastest lap away from Hamilton and help Red Bull in the constructor’s championship.

On lap 50 Hamilton made his way past Leclerc after gaining steadily over 10 laps. He took his Mercedes over the line to take home his 8th British Grand Prix victory.