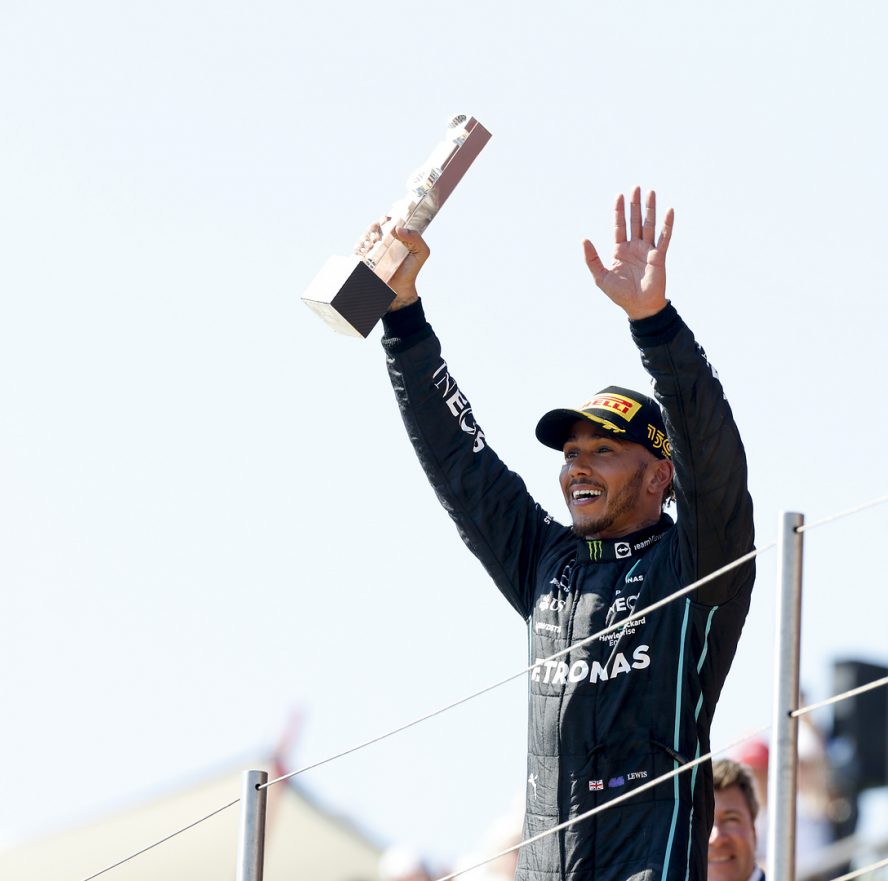 Hamilton: “We can slowly make our way up”

Mercedes conquered its first double podium of the season during the French Grand Prix. Now, Mercedes driver Lewis Hamilton believes the team can return to its winning days as shown by the progress made since the start of the season.

Brackley has recently proven to be in an upward trend as the upgrades brought race after race are closing the gap to Red Bull and Ferrari. While the race saw the absence of Maranello from the podium due to Carlos Sainz’s penalties and Charles Leclerc’s mistake, Mercedes was able to keep up with Red Bull’s Sergio Perez and even finish in front of him.

After the race, words of encouragement came from Lewis Hamilton, as quoted in Brackley’s race report. The 7-times World Champion reaffirmed his faith in the team: “I wasn’t expecting to fight for second place or a podium, so this is a wonderful result for us. Our team has been amazing when it comes to reliability and it shows that with dedication and focus, we can slowly make our way up.

We don’t have the same pace yet as the two teams at the front but today we were able to keep one of them at bay so a great result for us, everyone has worked really hard. Huge congratulations to the teams back at the factories and the team here. Without them, this wouldn’t have been possible and I’m proud of them. And George did an amazing job today, too. ”

On his side, driver George Russell was, however, more critical in analyzing the weekend: “It was a long and tough race. Our pace was strong, but we really struggled with the warm-up of the tyres on the restart and Checo was strong today. I was glad to see the chequered flag and come home P3.

We’re making a lot of progress and we really need to improve our qualifying performance as we’re lacking consistency. We know as a team we struggle with the tyre warm-up and at the restart I struggled with the same issue. Our race pace today was reasonable and we’re getting closer to the front. ”

The Brit then went on to share Hamilton’s optimism: “We’re doing everything we can to improve the performance of the car and we believe we are on the right path, so we’re excited what the next races can bring for us. We’re making progress and there is still more to come, thanks to everyone back at the factories in Brackley and Brixworth for their hard work and dedication. ”

Previously, other F1 team principals had admitted they believe Mercedes will be back to a more competitive form during the second part of the season and the upgrades lately seem to prove the hypothesis. Now, however, the challenge for Brackley will be to maintain the momentum after the summer break while also not exceeding the budget cap.