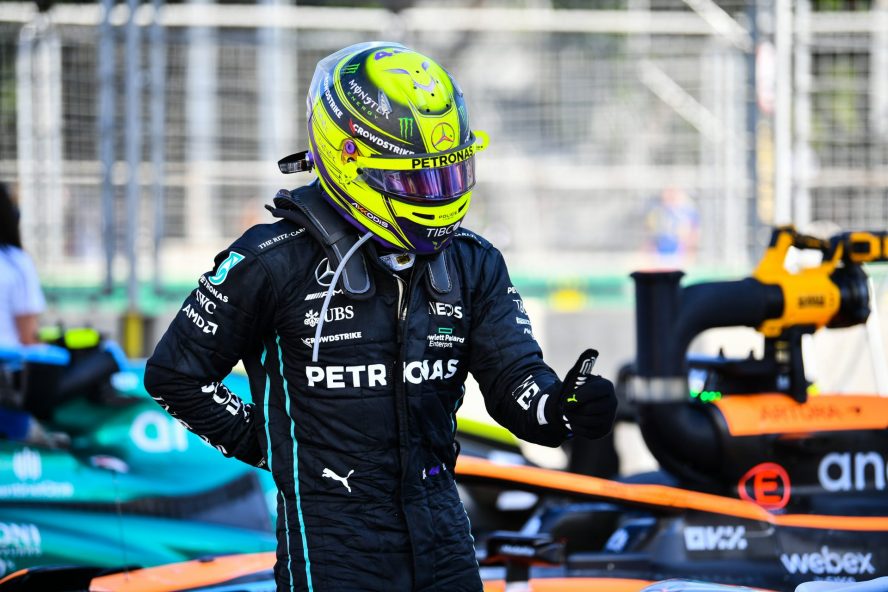 Hamilton to retire if porpoising continues?

Porpoising could threaten Hamilton continuing beyond the end of 2023

Seven-time World Champion Lewis Hamilton has indicated the porpoising problems with the W13 must be solved if he is to continue in F1 when his  current deal expires.

Hamilton has endured a challenging 2022 season so far, 37 points behind team-mate George Russell after nine rounds. Like others cars on the grid, the Mercedes W13 is prone to porpoising. However,  the W13 is one of the worst cars on the grid to suffer from the bouncing effect. The excessive bouncing has seen Hamilton struggling at all races so far.

The Azerbaijan Grand Prix proved to be the flashpoint for the FIA to intervene after safety concerns were raised by drivers and teams. The bumpy nature of the street circuit was a showcase for porpoising, with cars bouncing down the long start-finish straight. The W13 was once again the worst car to suffer from the issue,

Hamilton voiced being in pain throughout the race, struggling with back pain.  In Parc Ferme after the race, Hamilton visibly struggled to extract himself from the car, in clear discomfort.  Hamilton has since  dubbed the W13 “a disaster”.

RaceFans is reporting Hamilton has now indicated porpoising is the clear and obvious focus for the team. Putting pressure on the Brackley marque, Hamilton said he is hopeful of a fix ‘ by the end of next year at least”:

“I imagine we are going to get this fixed by the end of next year at least, so hopefully that is not something that is going to deter me from racing longer.

By Niya Sinckler4 days ago

“But time will tell.”

Hamilton believes that porpoising is an unforeseen consequence of the new regulations, and is pushing for a long term solution. This however will require unanimous agreement:

“I think they looked at a lot of stuff but they didn’t anticipate this coming.