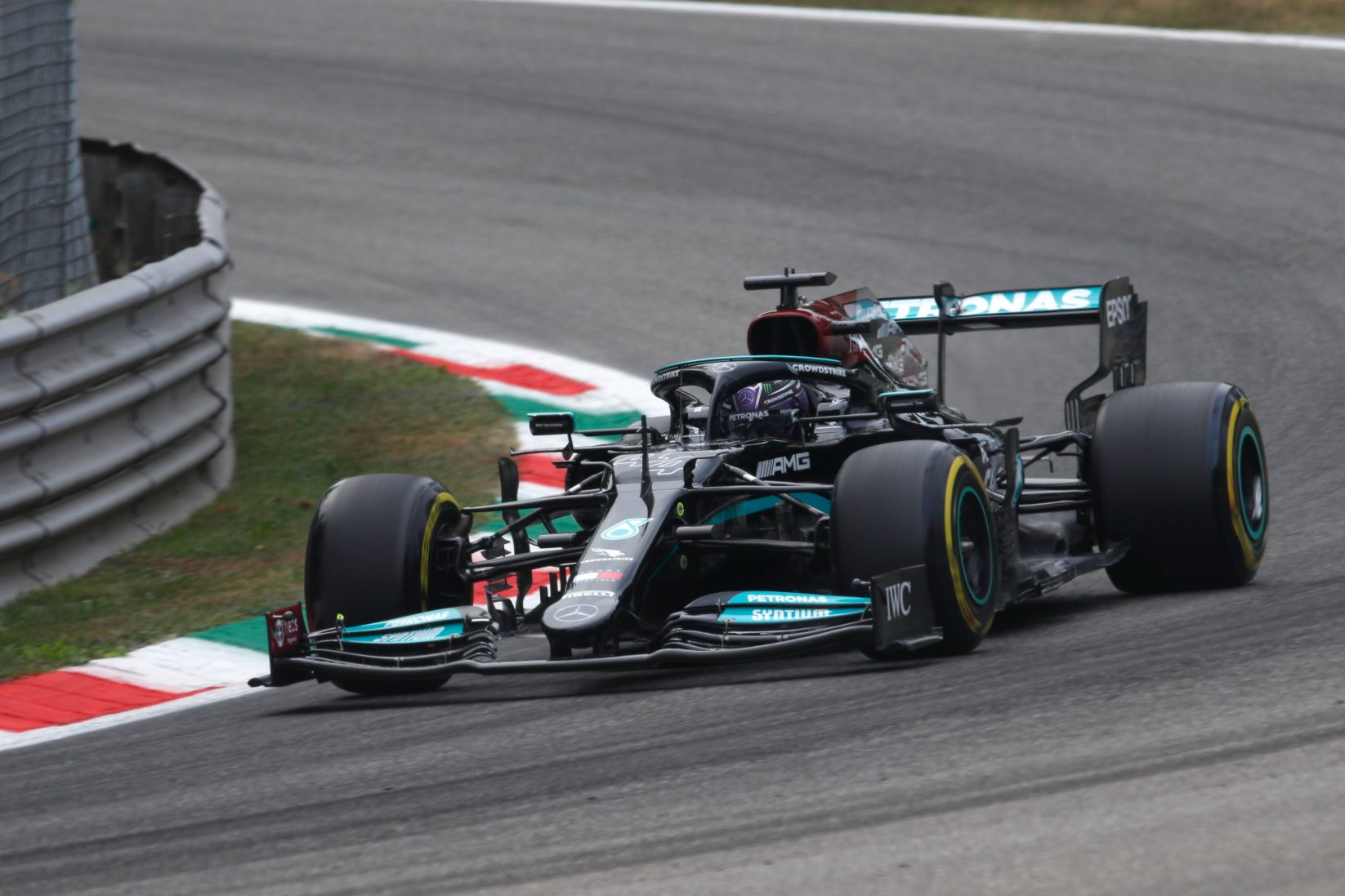 In the first practice session in Monza ahead of the second Sprint qualifying weekend, Lewis Hamilton topped the timing sheet ahead of Max Verstappen and Valtteri Bottas for the 100th Italian Grand Prix.

All the drivers headed out onto track quickly in the session to prepare for Qualifying later this evening.

Lando Norris was warned by his engineer that there could be a lot of traffic in the session, especially in the first part of Q1 of qualifying later today.

The teams were practising their track positions to gain a tow from each other to extract even more time in the temple of speed.

George Russell is sporting the helmet camera today showing the fans and viewers his own perspective inside the Williams car and their different steering wheel and dash.

With a track that favours Mercedes in the past, Lewis Hamilton proved that this remains true and set the fastest time on the medium compound tyre. He appeared to be dominating that session, being +0.452 ahead of championship rival Max Verstappen who was on the soft tyre – are the mediums the tyre to be on? Bottas was also looking strong finishing in third being five-tenths off his teammate, so will need to find some extra pace or a tow to close the gap to Hamilton in qualifying.

However during the last 20 minutes of practice, Verstappen was able to claw back into second fastest on the timing charts on the soft tyre, whereas his teammate Perez just made the top 10 in tenth, being over 6 tenths off the pace from Verstappen. It seems the Red Bulls have a lot of work to do if they want to beat Mercedes this weekend.

McLaren had a very strong session! Daniel Ricciardo requested a front wing change for the second half of the session and was able to come back out and set the fastest time and purple in the final sector. Lando Norris joined Ricciardo in the top 3 before the qualifying simulation began.

In the qualifying simulation, the McLaren’s continued to show their pace with Lando Norris receiving a tow from Ricciardo put him second fastest, but had his lap time deleted for exceeding the track limits at Turn 11 finishing the session in P12. Ricciardo finished the session in ninth, but showed a lot of promise for qualifying later today.

The home of the Tifosi and Ferrari fans, the prancing horses had a mixed session with Carlos Sainz finishing in P7, whilst teammate and 2019 Italian Grand Prix winner Charles Leclerc finished just outside the top 10 in P11.

Aston Martin had a strong session also with the Mercedes engine with both drivers finishing in the top six. Lance Stroll finished in P4 with Sebastian Vettel in P6. Let’s see if they can continue this for the rest of the weekend.

Pierre Gasly continued to show his dominance in the Alpha Tauri setting the fifth quickest time. Yuki Tsunoda radioed his team indicating he had a loose seat belt very early in the session and almost had an issue with Mazepin whilst on a push lap. He finished the session in P14 and needs to make up the 8 tenths to his teammate.

Both Leclerc and Schumacher had lap times deleted at Turn 11 during the first half of the session. It is worth noting this weekend that if a driver crosses the white line at turn 11, the lap time they are on and the lap after will not count and be deleted.

Who will come out on top in today’s qualifying session at 5 pm UK time? Stay tuned to find out!