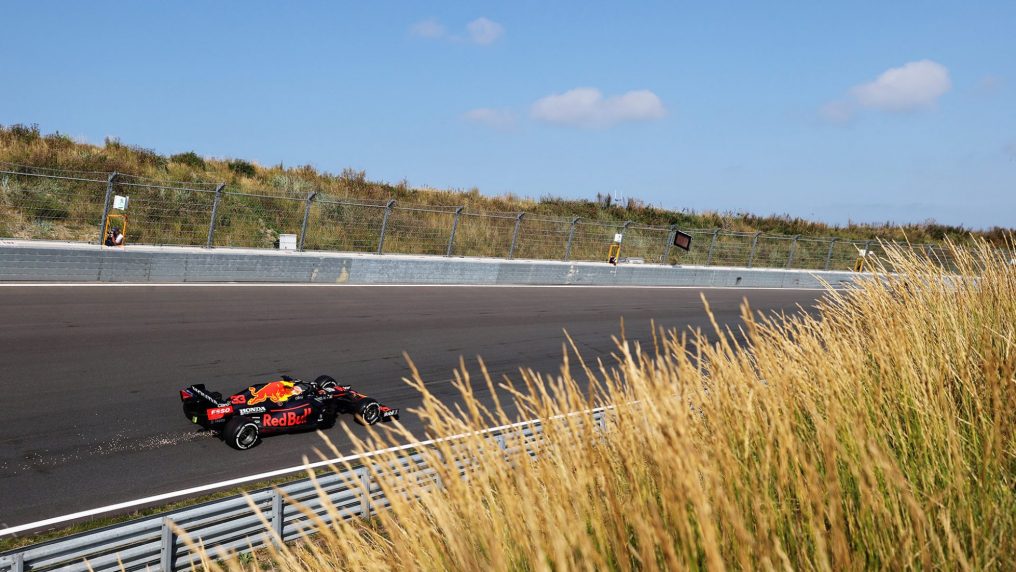 Aston Martin’s Sebastian Vettel experienced an issue with his power unit, which forced the German to stop on track and triggered a lengthy red flag period.

The session experienced a 33-minute delay due to the engine failure as the marshalls tried to clear away the Aston Martin, but were cautious due to concerns about the voltage of the car.

Thousands of Dutch fans poured into the circuit to witness Formula 1’s first visit to The Netherlands for 36 years but weren’t able to see much action due to the lengthy stoppage.

Before the red flag, most drivers opted for the hard tyres, but with limited time remaining after the delay, all went out on softs.

Ferrari was an impressive third and fourth, with Carlos Sainz heading Charles Leclerc.

Hamilton’s Mercedes teammate Valtteri Bottas was fifth, ahead of the Alpine’s of  Fernando Alonso and Esteban Ocon.

Alfa Romeo’s Antonio Giovinazzi was eighth, with the other Aston Martin of Lance Stroll in ninth.

Pierre Gasly completed the top 10 in his Alpha Tauri.

It’s been 36 years since F1 last visited the Zandvoort circuit, and since then, the track has had a major facelift.

Two heavily banked corners have been added and many other turns have been reprofiled.

Most drivers have raced at the circuit in junior categories, except for Yuki Tsunoda who has never raced at Zandvoort before and was eager to learn the track quickly, but became the first spinner of practice in the Alpha Tauri.

With much of the grid being unfamiliar with the narrow and twisty Dutch track, a lengthy stoppage will have done them no good.

F1 practice sessions were shortened this season to just one hour, rather than the previous 90 minutes the teams received for first and second practice last year.

With such limited running taking place, all the drivers minus Vettel rushed out after the red flag on soft tyres and traffic became a significant issue on what is a short circuit.

The biggest incident to note was McLaren’s Lando Norris who had a near-miss with Ocon in the final sector – suggesting traffic could be a major factor during Saturday’s qualifying.

Hamilton gets early edge of Verstappen

Home hero Max Verstappen has been the talk of the town so far this week.

The Dutchman is lining up for his first ever home grand prix in front of a packed crowd at Zandvoort, and will be hoping to take his 17th victory in F1.

But it was Hamilton who took the early advantage in The Netherlands, narrowly edging out Verstappen during very limited running in first practice.

Worryingly for Red Bull, Sergio Perez was quick enough for 16th, while Hamilton’s teammate Bottas was fifth ahead of what should be another titanic battle between Red Bull and Mercedes.