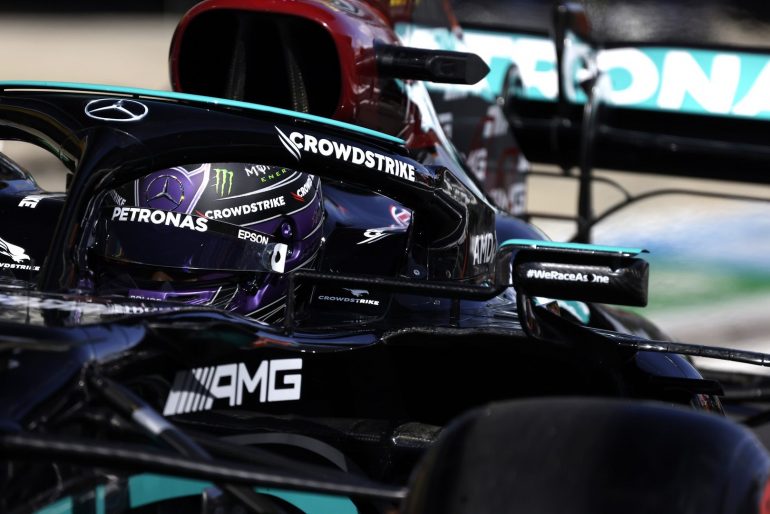 Mercedes has been subject to a recent restyling, changing its historic silver livery to black for the 2020 and 2021 seasons. The team is now rumored to be working on returning to its original colors for 2022 and has Lewis Hamilton’s approval.

In 2020, Brackley decided to show its support to the “Black Lives Matter” initiative by racing with a completely black livery. As well as maintaining the color for 2021, Mercedes also launched the “Accelerate 25”, a five-year programme to increase diversity and inclusion in the team.

As a matter of fact, according to Mercedes driver Lewis Hamilton to Motorsport.com, the rumored return of the silver livery would make sense: “It is originally a silver arrows. When I asked if we could go to make the car black last year, in terms of the symbolism, and what we intend to do moving forward in terms of support, I wasn’t expecting it to last particularly long, and we carried it into a second season, which is awesome.”

Moreover, the British driver, who is involved first-hand in the Hamilton Commission to analyze the underrepresentation of black people in motorsport and the STEM sector, admitted the change wouldn’t cause any concern especially in light of Mercedes’s action and effort for the cause: “If it goes back, it will be a nice change. It doesn’t deter us from the changes that we are making internally, as we continue to truly push for diversity, even working with all of our partners. Even the other day with UBS, we had these young kids come [and talk to us as we] try to inspire the next generation of engineers from all different backgrounds. We’ve got a good programme going, so it doesn’t make a difference.”