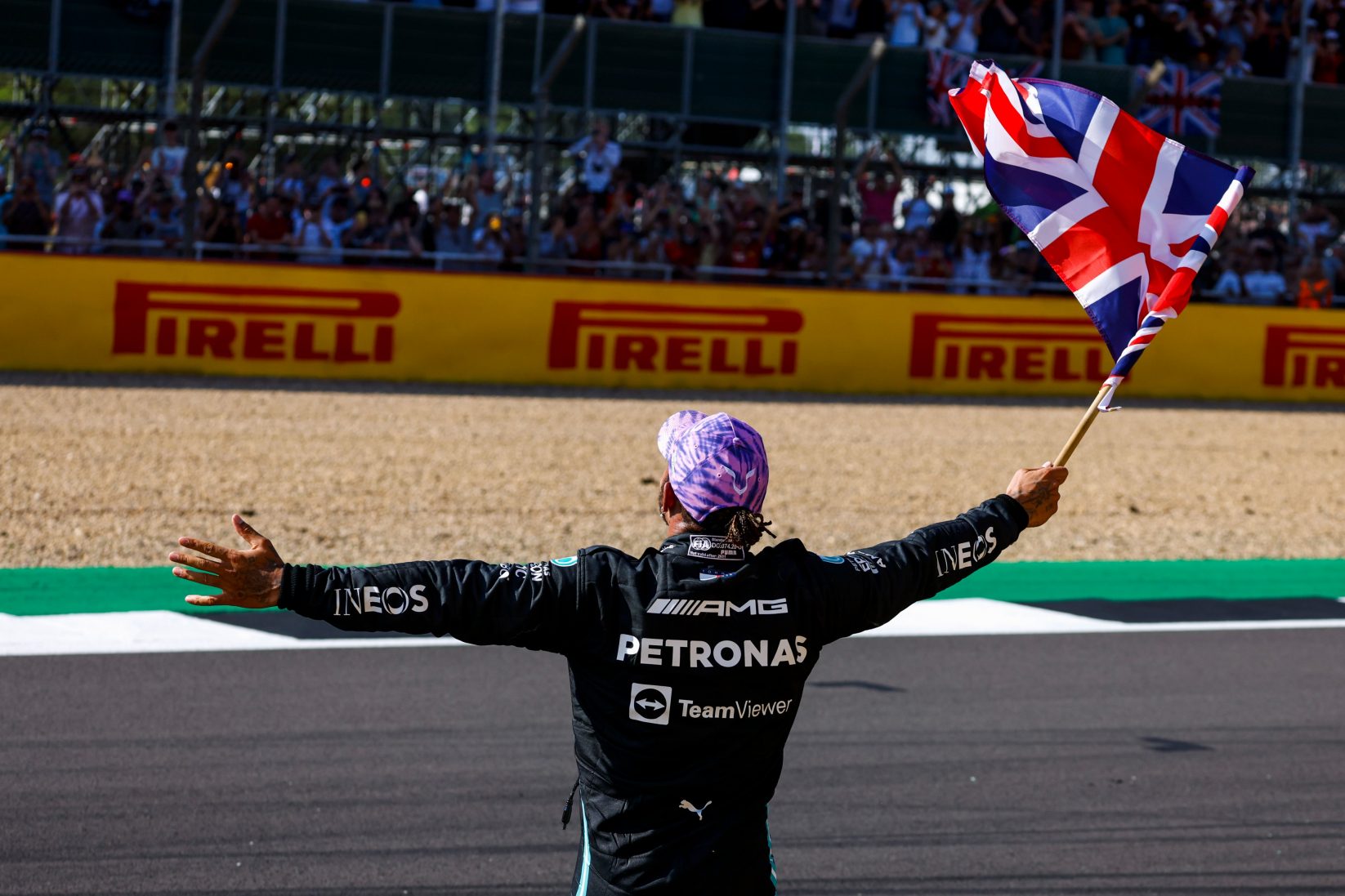 Lewis Hamilton has highlighted how “inspired” he was by the turnaround in performance from the upgrades brought to Silverstone for Mercedes’ W12. The 7-time World Champion was able to go fastest in qualifying on Friday and claimed his eighth British Grand Prix victory, after denying that the changes would have been a “massive update” to their car.

Before coming into the British weekend, Hamilton was on the backfoot after Mercedes had not won in the last 5 races and being 32 points behind Red Bull’s Max Verstappen in the Driver’s Championship, something that is unusual for Mercedes in the turbo-hybrid era.

Also with changes to last weekend’s timetable, on Friday Hamilton was able to go fastest and put his W12 Mercedes on pole for the first-ever Sprint Qualifying taking place on Saturday. Unfortunately having a bad start meant Verstappen was able to get past the British driver and finished in second, setting up the grid for Sunday’s Grand Prix.

After the controversial crash with Verstappen and consequently a 10-second penalty, Hamilton brought home his eighth British Grand Prix victory in front of his home crowd, passing Ferrari’s Charles Leclerc with only 2 laps remaining of the race. His incredible race pace was a massive improvement from the previous races and was able to hunt down Leclerc gaining a second a lap on the Ferrari driver.

This improvement left the 7-time World Champion impressed with the team’s effort of closing down the gap between their championship rivals.

“To see an upgrade come and us get back in the fight and be relatively close [to Red Bull] and to even be able to qualify ahead was really, really amazing,” Hamilton said after his 99th victory to Formula1.com. “I was inspired by what the team brought.

“Honestly it’s been such a hard year, one I’ve thoroughly enjoyed.

“I’ve loved this battle but it’s an emotional rollercoaster, as it always is within a championship. I was really enjoying those first four races where it was close as it was this weekend. Then we saw them take that step ahead and I would say we’ve definitely made some mistakes as a team but just also lost a bit of performance.

“Did I think that we would be back in the title fight? Jeez, I don’t know. I prayed and hoped for it but I thought that it would be a long slog to try and regain any of the points but we’re now closer; [Max] is still quite a few points ahead but the race is on.”

After Red Bull’s misfortunes and not being able to score any points in Sunday’s Grand Prix, Mercedes are now only 4 points behind in the Constructor’s Championship, and Hamilton only 8 points behind Verstappen.

This hard work hasn’t been easy, and Hamilton’s dedication has been seen off the track also, spending extra time on the simulator compared to normal.

“You know, I have been giving it my all this past week.

“I’ve been in the factory and just giving it absolutely everything trying to uncover performance with this car, with the guys and I’m just so proud of everyone for just continuing to work, even though we have had a bit of deficit.”

Now heading to Hungary for the next Grand Prix will continue to see this championship battle heating up before the summer break. This track has usually favoured Mercedes in the past, but with Verstappen back fighting and hungry for the win, all is to play for!