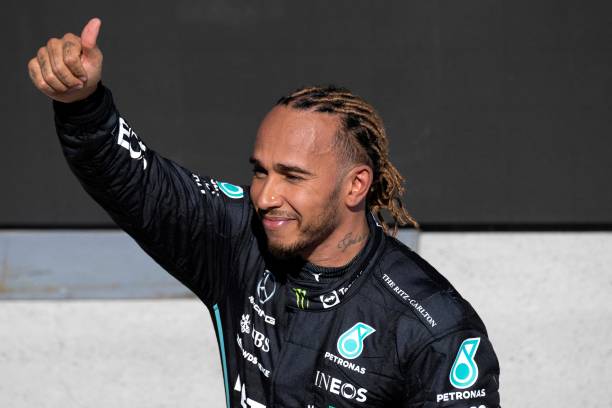 Hamilton: “I know where I’m losing” but there’s “more to come”

Was last weekend the start of Mercedes resurgence?

The Canadian Grand Prix saw a turnaround for Hamilton and Mercedes as the team bagged their best overall performance yet.

This season has not gone the way Mercedes would have hoped coming into 2022 with a new car and regulations. Their main problem has been porpoising, which as a result has seen the FIA announce a new directive.

When you compare the performances of both George Russell and Lewis Hamilton, the former has been excelling. He is ‘Mr Consistent’ having finished every race so far in the top five. That stat continued after the Canadian Grand Prix yesterday, where Russell finished P5. The young Brit has also achieved three podiums in his first season with Mercedes.

Hamilton, however, has had a very tough season. The W13 has been the car most affected by porpoising. Russell warned that he thought a “major incident” could happen because of it, and we saw in Baku that Hamilton suffered greatly. Climbing out of the car was a struggle for him due to back problems caused by the porpoising.

Going into last weekend, the Friday sessions looked to be rather difficult for Hamilton. He could be heard saying that “this is the car for the year” and Mercedes need to “tough it out”. But, it was revealed that both drivers were on a different setup and Russell’s proved to be more efficient, leading to changes in Hamilton’s setup. These changes saw him qualify P4 – his best yet this season. When speaking on this, Hamilton said: “P4 has never felt so good.”

During the race on Sunday, things only got better. Russell moved from P8 to P5, and whilst Hamilton only moved up one place, he scored his second podium of the season in P3.

In his fight for the podium, Hamilton was very close to Max Verstappen and Carlos Sainz. At one point, he even battled Verstappen as he managed to get ahead whilst the Dutchman was pitting.

When commenting on the race and the battles he had, Hamilton said:

“It feels great to be in amongst the battle. For a second I was kind of keeping up with these guys. It’s given me and the team a lot of hope that there’s more to come from this car, the potential is there.”

Out of all 10 teams, Mercedes are the only constructor to not have suffered a DNF with either driver this season. Hamilton has said that having a “full race distance”, which they’ve had every time, allows you to “find a lot out with the car.”

He continued saying: “A lot to take from today. Got really good reliability. Great work from the team. Just got to keep our heads done. I know where I’m losing to these guys, so that’s where I’m going to focus on attacking to improve.”

The seven-time world champion also spoke about the next round at Silverstone, where he won last year, and strategies in the future.

Next time out, Formula One is coming to the UK for the British Grand Prix at Silverstone. For Mercedes, this will perhaps be their biggest race of the season with it being the home race for both drivers.

Hamilton spoke about what he’s expecting at Silverstone but also the plans moving forward. He said the team “will be a bit more cautious on doing too many experiments”, like the ones they tried on Friday. This “really does hinder you through weekend, especially if you only have practice one and two in the dry.”

Silverstone is a very different track to the Circuit Gilles Villeneuve. The Brit commented on the worrying issue of porpoising and how the track could affect it.

“It’s better in medium and high-speed corners than low speed, but we have bouncing so don’t know how it’s going to be in Copse.”

He also said that Silverstone is “such an important race” for him and Mercedes, so he hopes that he can “be in the battle” with Red Bull and Ferrari.

Silverstone is July 1st-3rd and it is not only Formula One. Both feeder series (F2 and F3) will be racing on the British circuit, as well as W Series.