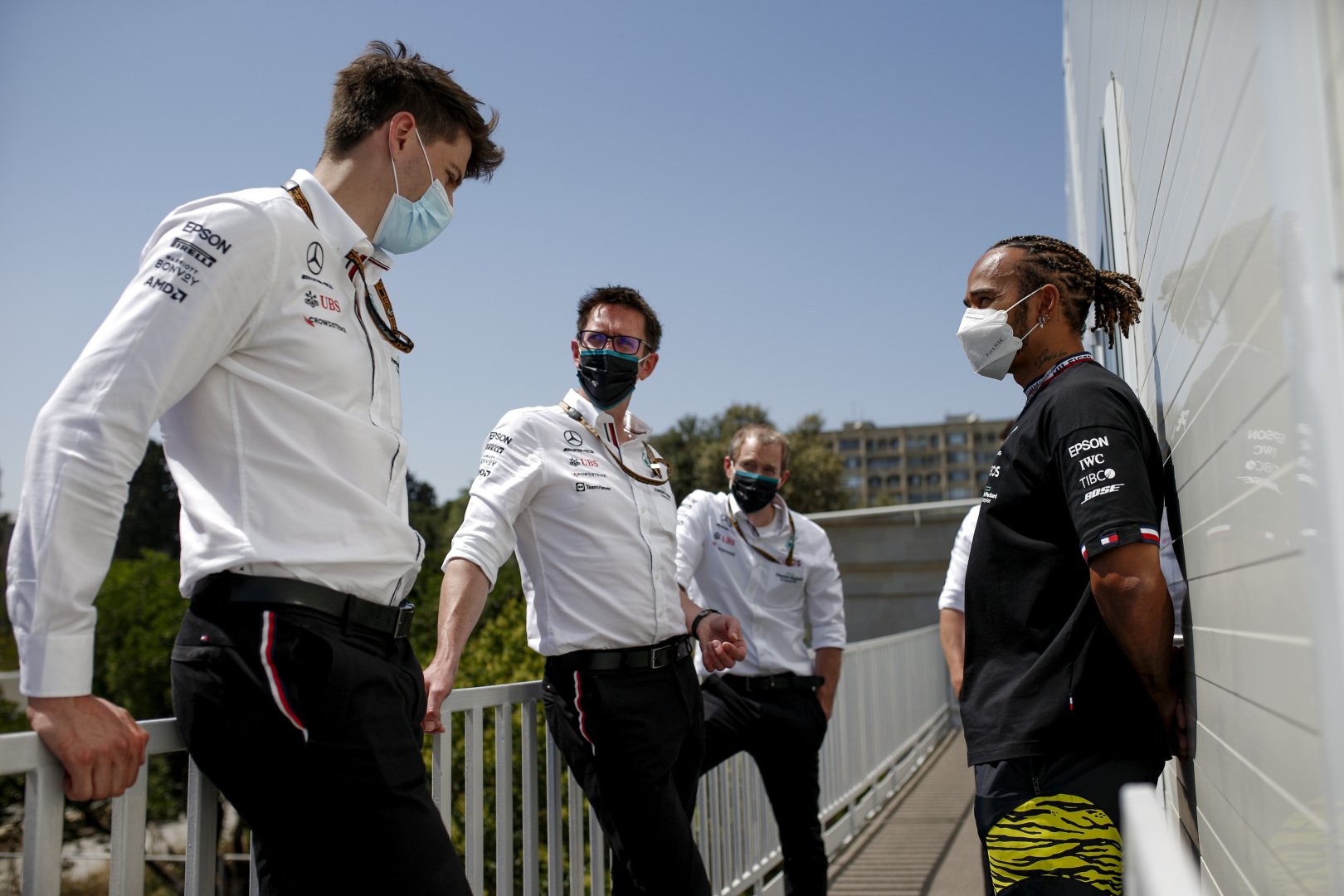 During the Azerbaijan GP, Lewis Hamilton saw the chance of regaining the championship lead wasted, as he accidentally pressed the “magic” button and ended up missing the braking point at turn 1. For the French GP, Mercedes has reportedly found a short-term solution, as Brackley looks set to challenge Red Bull for the title.

Lewis Hamilton had the once-in-a-season opportunity to gain a considerable amount of points on rival Verstappen in Baku after the Dutch was forced to retire. However, the involuntary activation of the “magic” button led to a missed opportunity. Many sustained it was the sign of the 7-times-World Champion feeling pressure; however, the Brit refused this thesis while speaking to Sky Sports F1: “Max wasn’t in the race at the time… so it definitely wasn’t the pressure from Max. I don’t feel any pressure, I feel pretty relaxed. I don’t even count it as a mistake. A mistake is when you often drive off the track by missing your braking point… into the wall. It wasn’t one, it was an unforced error that was sitting there that could have happened to us at any time.”.

Where could Bottas go in 2022 if he leaves Mercedes?

Regarding the concrete problem of the button, Mercedes admitted the problem and has already found an alternative for the French GP: “We haven’t moved it, we’ve just put a shroud around it just to make sure that you can’t accidentally touch it in future but that’s for the short-term.”. However, according to Hamilton, the team is still looking to develop a long-term fix: “Obviously the wheel’s not so easy to change or to move buttons on, because it’s all designed. So we’ll look for a longer-term solution probably in the future.”