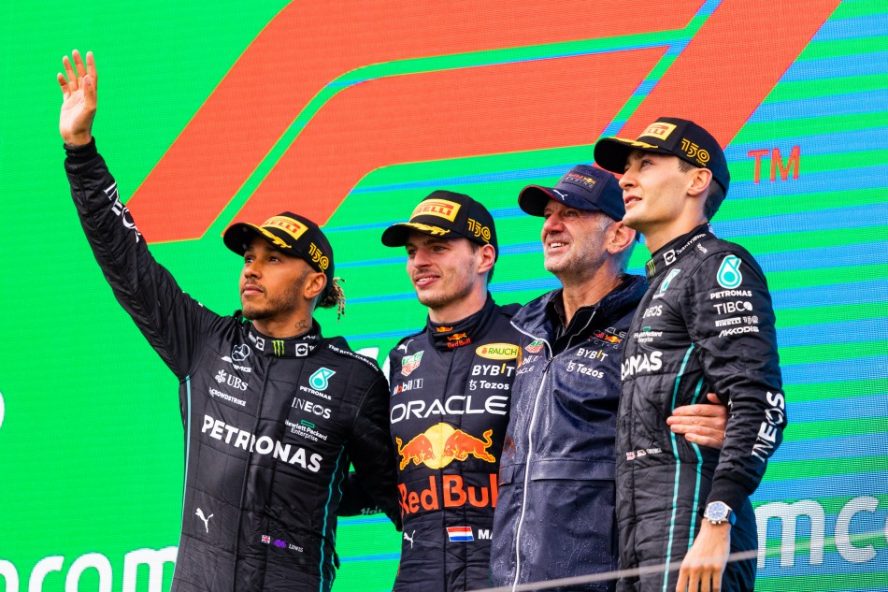 Lewis Hamilton 'feels' for F1 fans given that Verstappen could win the championship in Singapore.

Lewis Hamilton has admitted that he ‘feels’ for F1 fans as dominant Verstappen could win the championship this weekend.

As Formula One is back in Singapore this weekend, many fans are shocked at the prospect that Verstappen could win the championship this weekend. If Verstappen wins the race, with the fastest lap of the race he could clinch the championship. This, however, can only happen if Charles Leclerc finishes 9th. Sergio Perez would also have to finish 4th.

Although this seems unlikely, it is definitely not out of the realm of possibility. Especially as Leclerc and Ferrari have a few DNFs and poor results this season.

In light of this, Lewis Hamilton has said he “feels” for F1 fans as the season’s competition is ending so early.

As reported by Motorsport.com, Hamilton said in Singapore:

“Definitely, I feel for the fans. For everyone and even for us last year, going right down to the wire, that was intense for everybody.”

This relates to last year’s season that saw a Hamilton Verstappen dominance rather than just Vertsappen being dominant this year.

Due to Verstappen’s dominance, the season championship could be ended in Singapore. If not this weekend, potentially at the next race in Suzuka.

Hamilton spoke from a fan’s perspective saying it’s “never great” when there are multiple races left, although he did admit it’s good for the driver themself.

“It’s never great when the season finishes early. Even when I’ve experienced having it finish early in places like Mexico. For you as the one individual, it’s great. But for the actual sport, it’s not spectacular.”

The End is Near

In Bahrain, at the start of the season, Ferrari looked extremely strong. Ferrari showed incredible promise in Bahrain when they finished with their first 1-2 since Singapore 2019.

On the flip side, many factors at Red Bull will be investigated to see how they managed to pick up their car and powertrains so dramatically. That previously mentioned Bahrain race saw 3/4 Red Bull powertrains retire, yet, so soon after Red Bull was winning races and getting points.

With the championship getting tied up so early, many fans have speculated online that Red Bull should give other drivers a chance. In a fun trend, people have been saying “what if Vettel gets to drive the Red Bull in his last race” or “give Yuki a chance in the proper Red Bull”.

Despite all the speculation, this is an unlikely event as although Max will have clinched his victory, Max still has records to chase in terms of Grand Prix wins and pole positions and will need the Red Bull to do this.

So, although the title fight could be fully over after Sunday, there are other important things to determine. Who finishes second? Who finishes dead last?

More importantly, do you agree with Hamilton’s thoughts? Is Verstappen’s dominance bad for the fans?