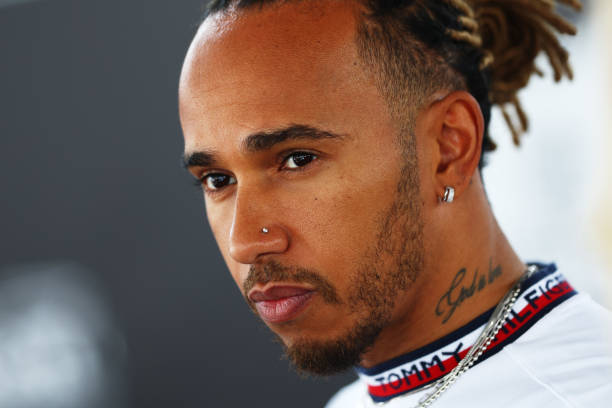 The world champion is in for a tough weekend

Despite trialling a series of experimental setups, there seems to be little hope for Hamilton’s W13.

If there is one word that people have probably heard enough of this season, it’s ‘porpoising’. Most of the teams suffer from it to some extent, but none as much as Mercedes.

Whilst drivers such as Pierre Gasly and Daniel Ricciardo have mentioned feeling discomfort, Hamilton endured significant pain in Baku, casting initial doubts on whether he would race this weekend.

The FIA announced a short-term solution ahead of race sessions in Montreal, whereby teams must ensure their cars do not porpoise more than a defined amount. In essence, this means that if Mercedes do not sort out this problem, they could be penalised.

One of the most confusing things about the 2022 Mercedes is the contrasting results it produces for both its drivers. It will have been hard to miss the statistic that George Russell is yet to finish below P5.

Meanwhile, Hamilton is struggling to find consistent performances in the car. His results this season range from 3rd place in Bahrain to 14th in Imola.

Mercedes fans surely hoped that the team’s problems would be solved as the season progressed. As we head into round nine, little appears to have improved.

“For me, it was a disaster. It’s like the car is getting worse, it’s getting more and more unhappy the more we do to it.”

He told Sky Sports that he and Russell tested different setups, with the seven-time champion even trying a new floor. However, the session ended with Hamilton down in 13th, just under five-tenths adrift from his teammate.

It may take some time before the FIA’s intervention yields results, but so far things seem to be getting worse for Hamilton.

It was a shock when everyone realised that Mercedes had missed the target when it came to this season’s regulations. Many admired their innovative aerodynamic design when it was first revealed. Now, as the team languishes 118 points away from Red Bull, they are nearing the point where they must turn attention to next year.

Speaking after FP2, Hamilton explained: “It is what it is – I think this is the car for the year. We’ll just have to tough it out and work hard on building a better car for next year.”

Currently, the Brit holds the joint record for most wins in Canada alongside Michael Schumacher – both secured seven victories. Unfortunately, it looks unlikely that Hamilton will achieve another this year.

The track is notoriously tricky to drive, with the number of curbs set to exacerbate the bouncing issue.

“It’s very very tricky,” said Hamilton. “It’s not the Montreal that I know, that I’m used to – it’s the worst that I’ve felt in any car here.

“It’s just a monumental fight the whole time to keep it out of the wall. You’re trying to catch a car that jumps, hops, grips – it’s tough, just keeps you on edge.”

He went on to explain that his engineers have raised the height of the car, which many believed would be a straightforward solution to porpoising. In theory, increasing the ride height stabilises the bouncing effect, but also reduces performance. According to Hamilton, the change “doesn’t make a difference” for him.

Could this affect Hamilton’s future with Mercedes?

As is tradition, once a driver begins to struggle, their entire career is called into question.

Hamilton’s current contract takes him to the end of 2023. However, some have proposed that he could cut this short if Mercedes’ performance does not improve.

When asked about future deals with the team, he said: “I imagine we are going to get this fixed by the end of next year at least, so hopefully that is not something that is going to deter me from racing longer.

“But time will tell.”

Despite facing continued criticism, Hamilton’s passion does not appear to have faltered. In regards to the recent FIA intervention, he said: “I think they looked at a lot of stuff but they didn’t anticipate this coming.

“The FIA needs to work with all the teams to progress forwards and when it is on safety grounds, that means everyone needs to move.”