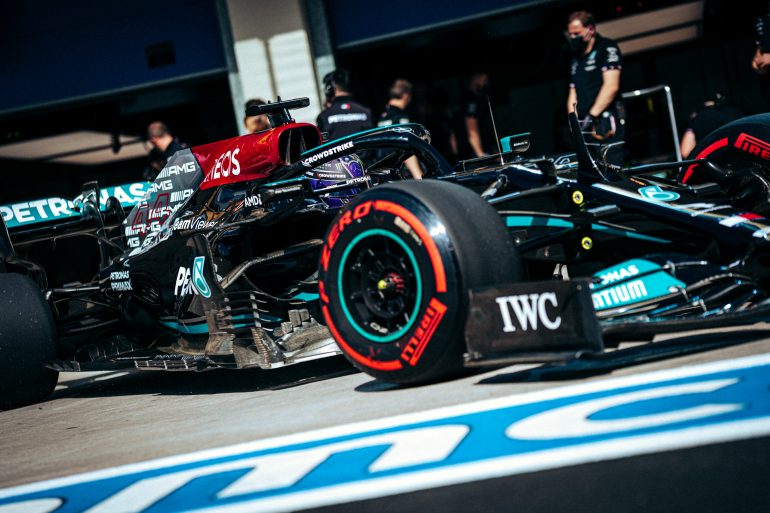 On the anti-clockwise track, Hamilton continued his dominance at the Istanbul Park circuit and set another track record with the fastest time of the session, setting purple times in sectors 1 and 3. He will be serving a 10-place grid penalty for the race on Sunday but looks like he will be back fighting to work his way up the grid.

Ferrari’s Charles Leclerc was looking very strong in this session, who was close to a podium finish last year at this track after locking up into one of the final corners. Battling with Hamilton to set the fastest time, he finished the session with the second fastest and shows a lot of promise for Ferrari for this weekend. Will he be able to redeem himself this weekend?

Sporting the special Honda livery this weekend – which was meant for their race in Japan which was supposed to take place this weekend, but due to Covid-19 was cancelled – Max Verstappen is doing his best to maximise his advantage on Hamilton, as the Mercedes driver will be taking a 10-place grid penalty for an engine change. Verstappen was only able to set the fifth-fastest time today, so will need to do some more work if he wants to close the gap to his championship rival. Whereas his teammate was fourth, only o.o66 faster than Verstappen.

Lando Norris set the sixth-fastest time who will be looking to redeem himself after the painful loss in Sochi at the last Grand Prix weekend.

The Alpines had a good session and finished in seventh and eighth with Alonso ahead of Ocon.

Despite complaining about understeer with “short arms”, Pierre Gasly set the finished in P9, with Antonio Giovinazzi completing the top 10.

Incidents in the session

Sky Sports F1 commentators, David Croft and Ted Kravitz said that the rumoured weekend schedule for next year could be just a 3-day weekend which means no media day on a Thursday.

Several drivers also complained about the balance of the car including Verstappen and Ricciardo with understeer. Could it be the curse of the special livery for Red Bull, and can McLaren help to fix Ricciardo’s issues before tomorrow?

Lando Norris took a trip onto one of the sausage curbs whilst on a flying lap halfway in the session on the soft tyre.

Yuki Tsunoda overshot it into Turn 9 and went off into the runoff area, and teammate Pierre Gasly did the same at Turn 6 with 10 minutes remaining of the session.

Kimi Raikkonen’s mechanics looked into the front of the car, as he mentioned the drink system was leaking. He later told his engineer it was due to him accidentally disconnecting the drinking system from his helmet. He was not happy in classic Kimi-fashion and said “How is it so difficult to do simple things?!”.

As the chequered flag went down, Nicholas Latifi had a bit of a hairy moment as he took a spin from Turn 9 into Turn 10.

It appears this weekend, especially in qualifying, track limits have been an issue with several drivers during the session.

Turn 9 and 10 today seemed to catch a few of the drivers out. Leclerc and Hamilton seemed to underdrive into that corner, getting a better exit into Turn 10, whereas Verstappen was entering Turn 9 much faster and attacking the entry.

Turn 1 limits highlight not to pass the white line on the exit of Turn 1, in which several drivers had lap times deleted including Carlos Sainz and Sebastian Vettel.

This weekend still continues to show a risk of rain, so all could be changed!

Our full classification from second practice!