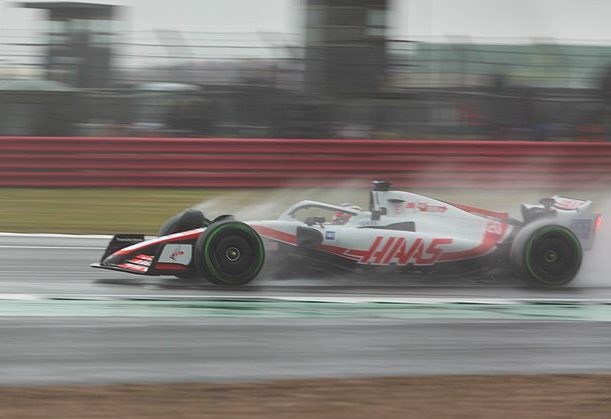 Haas confirm that Mark Slade will join the team as Kevin Magnussen’s full time race engineer, having previously worked with McLaren in Formula One.

Mark Slade will replace Dominic Haines who was Magnussen’s race engineer for the past three races. He will reportedly go back to his previous office role as he was covering the race engineer job for Slade’s arrival.

Slade is most famous for being Kimi Raikkonen’s race engineer for both McLaren and Lotus in Formula One. From an interview with Autosport, the 2007 F1 world champion stated:

“I think having Mark Slade as my engineer was a significant factor.”

In the past, he has also worked with drivers such as Mika Hakkinen and current Formula One driver, Esteban Ocon.

Slade’s first stint as a race engineer was his longest, with McLaren. He worked with the team for 18 years in total, stretching from 1991 to 2010. During this time, he worked with both Mika Hakkinen and Kimi Raikkonen (for the first time).

From McLaren, he went on to work for Renault. The team finished fifth place in the Constructors standings this year, with one podium finish from Vitaly Petrov. Slade’s efficiency for Renault earned him a move to Lotus.

He worked with Lotus for around four years which included the insurgence of Kimi Raikkonen. Slade was the Finn’s race engineer and oversaw the driver claim six podiums and one race win in his first year for the team.

After a successful stint with the team, he then moved to Renault for six years, which was his last experience in F1 before joining Haas. Slade worked with Esteban Ocon during this team, who went on to stay with the team.

Kevin Magnussen has unquestionably been Haas’s top performer this season, earning 22 points so far compared to the 12 earned by his teammate Mick Schumacher. The Dane’s best result came in the first race of the season where he managed an impressive fifth place.

However, he has been constantly out of the points in the last few races of the season. Magnussen finished 16th in three out of the last five races, with the other two being a P15 and a DNF.

This could suggest that Haas hired Mark Slade to turn the season around and help the driver finish in the points more often. Haas currently sit seventh in the constructors, 18 points behind Alfa Romeo. They will be hoping that Slade’s arrival could move the team up in the standings.