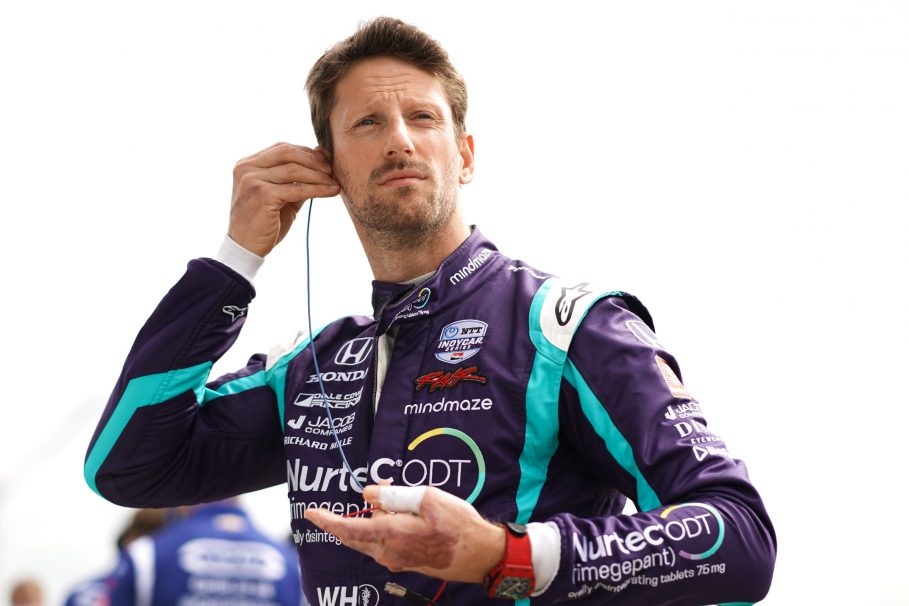 He takes a top 10 finish at Barber

Romain Grosjean has scored a top ten finish in his IndyCar debut at the season opener held at Barber Motorsports Park.

The Frenchman, who left Formula One at the end of last year, qualified in 7th and even though he is well known around the paddock, he came into the race as the underdog. Joining Dale Coyne Racing from the Haas F1 team,  Grosjean was cautious in the practice sessions, getting his first taste of the softer red tyres, which aren’t available in testing. He described his first outing as “emotional” given the circumstances in which he left Formula One.

Despite Grosjean and his Haas F1 team mate Kevin Magnussen being replaced at Haas with two rookies, the crash at Bahrain at the end of last year was enough to make a decision to leave the sport completely and try something different. Heading to IndyCar, it was agreed he would not compete at the high speed oval circuits.

His first start in IndyCar “wasn’t pretty” according to Grosjean. “I got caught a little bit, but I just need to get used to it. It’s not easy. You have to get the right timing, but it was fun,” he said, but it would take him a few laps to feel comfortable, especially seeing a huge shunt in his mirror at the start of the race. But his near decade long experience in single seaters saw him pull out one hell of a performance. 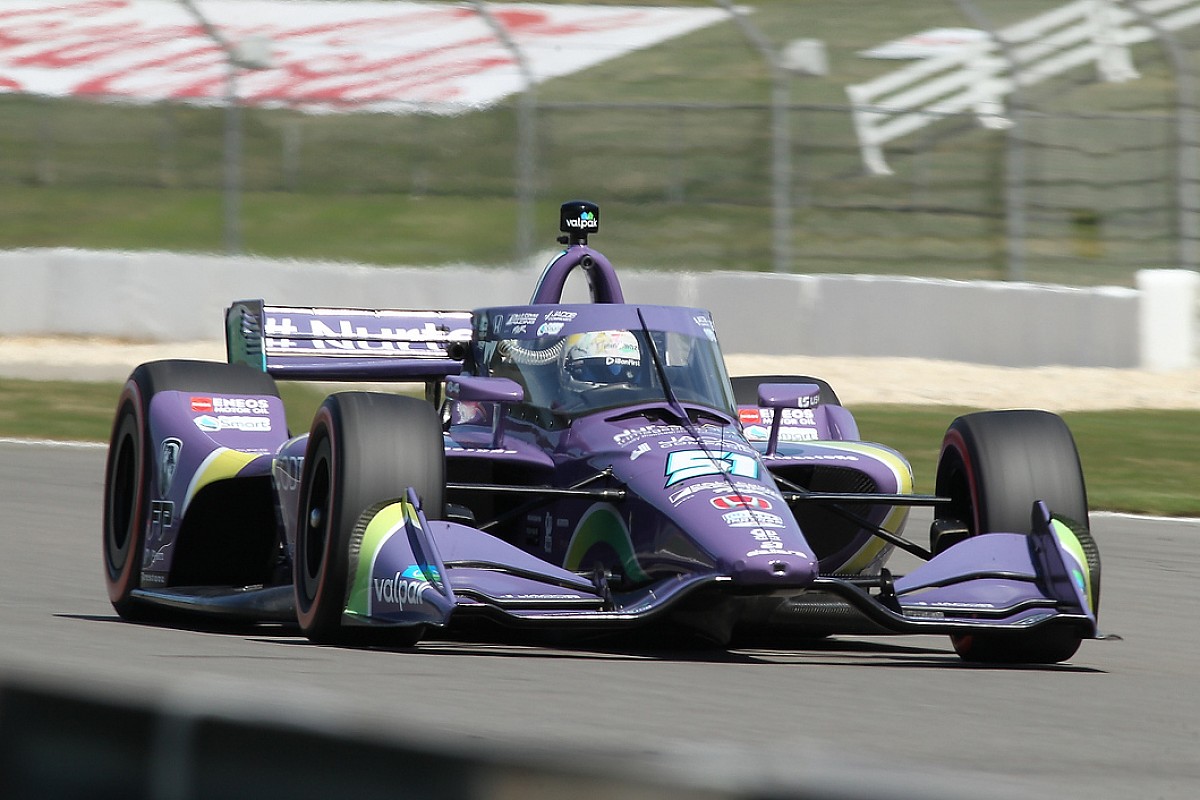 Taking a drive at one of the smallest teams in the IndyCar paddock, he led the second practice sessions and Sunday’s warmup sessions at times, and his performance during qualifying left him just fractions of a second outside of the Fast Six. That is something that even surprised Grosjean.

“When I heard my engineer say, ‘P1, P1’, I was like, ‘Oh, that hasn’t happened in a long time!'” he told IndyStar. “That was really good fun. There are bigger teams than us, but that doesn’t mean we can’t compete at the front, and we showed everyone that they should count on us when we’re doing a good job.”

With three different strategies playing out across the field over a 90 lap race, every decision needed to be perfect. Every lap. Every pit stop. Stopping on lap 33, he emerged 16th after running in 3rd due to traffic. With overtaking really difficult at Barber, he had to keep a look out for opportunities through alternative strategies. He was able to work his way up to 9th by lap 62, and ended the race in 10th after fuel saving, which is tricky in IndyCar.

It may not have been the spectacular race that he hoped for, but he produced a solid drive in a sport that is relentless. Eventual race winner Alex Palou took a commanding victory, but his fastest lap was only 13th fastest, while Grosjean managed a 16th fastest lap. A top 10 finish might not seem like much to us Formula One fans, but what you need to understand is that it took Palou three races in his rookie campaign with Dale Coyne to grab a top 10 finish. Grosjean achieved that in his debut.

“We can be very happy with that,” said Grosjean via the team’s official post-race release. “We fought at the front for some time, and we did our best. We learned a lot today, and overall, we can be very proud of our weekend.”

Grosjean, who only completed three tests before the season opener, promised there was “more to come” from him as he jumped out of his car at the chequered flag.