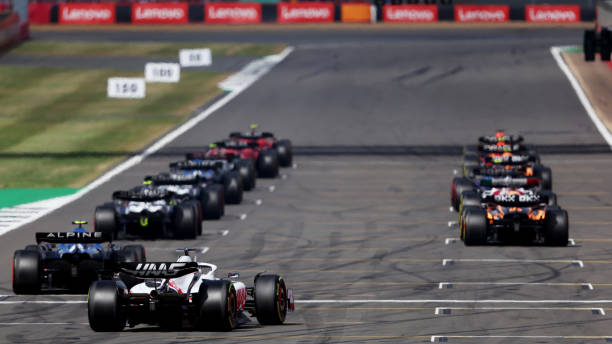 Grid will close up in next four years, claims Domenicali

Will the new regulations produce the results fans want to see?

The promise of closer racing failed to meet expectations, but Stefano Domenicali still has faith in the rule changes.

New regulations were introduced for the 2022 season, aimed at levelling the playing field and creating closer racing. These included granting more wind tunnel time to teams further down the order as well as bringing in a cost cap.

Watching the races, you wouldn’t think that these rules have been entirely successful. No one expected a significant instantaneous change, but there seems to be little improvement from previous years.

Nevertheless, F1 CEO Stefano Domenicali believes that the long-term impact will be worth the current teething problems.

As reported by Motorsport.com, Domenicali told Italian media that this season “will not deliver the finale we saw last year”.

As it's mid-three-week break, ahead of the final races, how about some stats?

“But despite this, we have already sold out in the remaining Grand Prix on the calendar,” he explained. “I believe that from a technical point of view, it is important to understand how quickly certain performance gaps can be closed, and this is one of the points on which the regulations were based.

“We also need to see how much the performance of the cars was influenced by the regulations, and how much was down to reliability or management [problems]. It needs a good analysis to understand what caused a big gap between the leaders and the rest.

“Because if we look at the ranking as a whole, we see that behind the leader there are tighter fights than in the past. I want to give a positive interpretation.”

Domenicali went on to add:

“I believe that in the next few years, the regulations will lead to an even tighter reduction of the gap that currently exists between the leader and the rest.”

A key component of achieving a tighter field is the cost cap. This limits how much each team can spend in certain areas of development. The theory is that bigger teams will face greater restrictions, which should allow smaller outfits to close the gap.

For this season, the cap was set at $140m (£119m). However, as a result of rising inflation globally, teams were permitted a 3.5% overspend.

With Mattia Binotto’s recent criticism of how closely budgets are monitored by the FIA, Domenicali noted the importance of this.

“I think it’s a crucial aspect,” he said. “We need to be sure that whoever supervises compliance with the financial rules ensures that everything runs smoothly.

“I know that the FIA is working hard, and it is an important step because we need to be sure that all the teams have spent the same amount in the development of their cars. Everything must be checked and verified.

“This will be the central theme of the coming months and from here the credibility of these regulations will also come.”