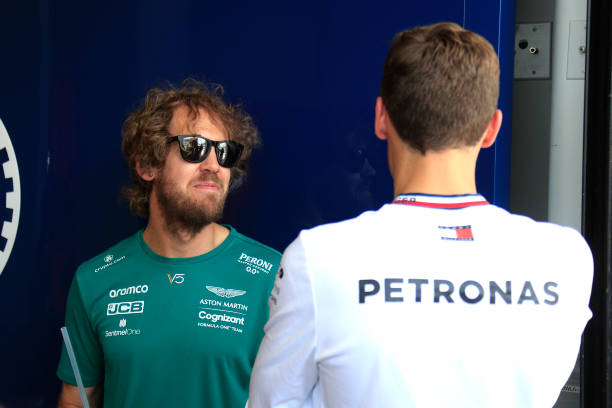 After two consecutive rain-affected races in Singapore and Japan, members of the GPDA have discussed what the sport can do to improve safety in wet conditions.

The Singapore Grand Prix came under fire for the hour-long delay before lights out. Whereas the race at Suzuka prompted safety concerns due to low visibility and the presence of a recovery vehicle on track. The sequence of events in Japan in particular angered both drivers and team principals alike.

Now, the chairman of the GPDA Alex Wurz has spoken to Motorsport.com about the initial discussions between the Formula One drivers. Wurz featured in five separate seasons of F1, driving for Benetton, McLaren, and Williams. And current drivers Sebastian Vettel and George Russell are acting directors, along with the first non-driver director, Anastasia Fowle.

As Wurz watched the Japanese Grand Prix unfold, the concept of “information laps” came to him whilst listening to Lewis Hamilton speak on the radio. Wurz recalls:

“It came when Lewis said that he can tell you in a minute [what conditions are like] by just driving out there: he can’t tell you if he’s watching TV. I thought, ‘my God, he’s completely right.”

With limited track movement, viewers were left to watch the clock tick down as the weather conditions varied. During these wet conditions, Wurz believes that the race director should be able to send drivers out on track. This is so they can get a fully informed opinion on track conditions. The GPDA chairman said:

“The race director should have the option for what I call information laps. So, he could say, if the teams agreed to this procedure, that in 10-minutes’ time we will send the cars around – like it’s a going to the grid lap.”

He continues, “on this lap, the drivers would all see what the conditions were like. We could have 20 opinions of the 20 drivers who put their lives at risk. And then it’s a much more informed decision for the FIA from the drivers.”

Such a procedure would benefit more than just the race director or the drivers. It would also provide additional information for the marshals that line the track. Wurz highlights that “it’s also better for the marshals because they will know if they can see the next marshal post.” This is extremely important, as Wurz points out, “if you can’t see the next marshal post, you shouldn’t really drive.”

Conversations with the FIA to come

It has not yet been a week since the Japanese Grand Prix, so it is understandable that the GPDA is yet to bring their thoughts to the FIA. But Wurz promises that improving both safety and the sport during wet race weekends is at the forefront of drivers’ minds. Wurz has said:

“We are all definitely on board of finding a way, because we are here for our safety, our sport and our fans.”

He hopes that “fans understand” where drivers are coming from, and that “they don’t suddenly think we are all softies.” With reminders of Jules Bianchi and Anthoine Hubert, who both passed away due to the injuries they sustained during crashes on track, the drivers simply “seek safety.” And considering “no one could see Carlos [Sainz] on the racing line,” it was a “clear reminder” of the “danger.”