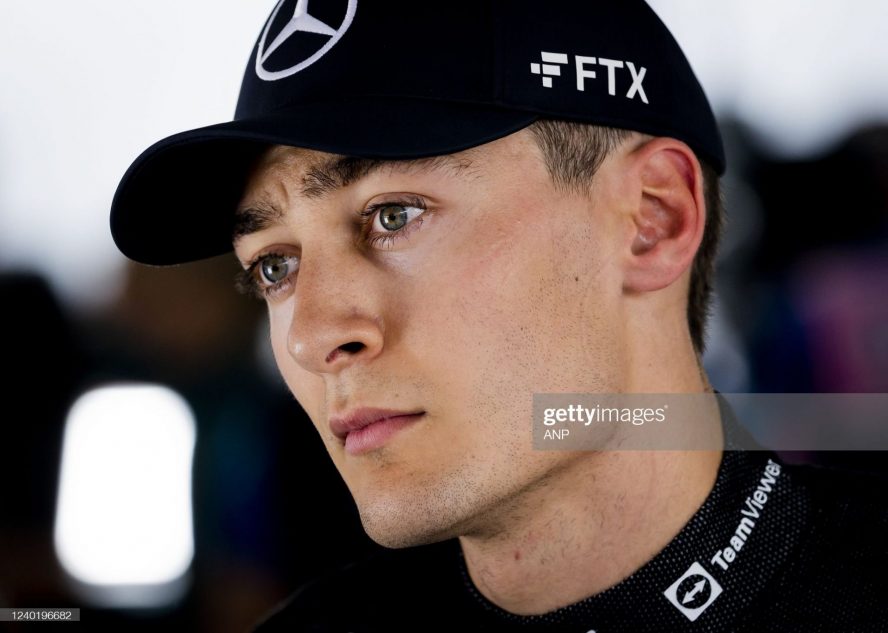 Porpoising is highlighted as one of the main concerns for cars this season, but now it is also affecting drivers such as George Russell.

The Mercedes driver finished in a surprising fourth in Imola when compared to his teammate who finished in fourteenth. Lewis Hamilton’s ex-teammate Nico Rosberg, who now works with Sky’s commentary team, commented on how the drivers have the same car. So, we cannot understand why despite the porpoising, Hamilton isn’t performing well.

If so, one can say that porpoising affected George Russell way worse. The driver reported that this issue caused him severe pain during the race.

Mercedes identified this problem in the Bahrain pre-season testing and are yet to find a solution. They are struggling with finding downforce on the straights and are trying to figure out ways on how to improve their car floor.

One must consider that George Russell is a very tall driver, six feet to be exact. Building the car around him can prove quite a challenge because of the seat and sizes of the car.

Especially when Mercedes’ previous drivers are not as tall as him. Hamilton is only five foot eight while last season, Valtteri Bottas was the same height as the seven-time World Champion. When Russell came on to take Hamilton’s place in the 2020 Sakhir Grand Prix, Mercedes had to figure out ways for Russell to fit in Hamilton’s car, who tested positive for Covid-19.

Now Russell is exposed to other problems that porpoising is causing. Drivers are struggling with the heavy bouncing the car is making. Broadcasters often show videos of drivers’ heads bouncing along with the car. Having to suffer with such discomfort when driving against extreme forces is bound to cause some physical pain.

Russell said, “When the car and tyres are in the right window the car, except for the bouncing, feels very good to drive. But the bouncing really takes your breath away. It’s the most extreme I’ve ever felt it. I really hope we find a solution and I hope every team who’s struggling with the bouncing finds a solution because it’s not sustainable for the drivers to continue with this level.

“This is the first weekend where I’ve been truly struggling with my back and like chest pains from the severity of the bouncing. But it’s just what we have to do to get the fastest lap times out of the car.”

The 24-year-old is doing well during his first season at Mercedes, even better than Lewis Hamilton. He earned his first podium with the team in Australia when he finished in third. He finished fourth in Bahrain and then fifth in Saudi Arabia, while his teammate trailed in tenth.

Russell added, “It’s just been a really difficult position for us as a team and perhaps with my struggles at Williams in driving very difficult cars that’s helped in some small regard. I expect him [Hamilton] to come back so strong and the way he’s pushing and motivating the team is inspiring. I’m not getting comfortable with this position because I know what he’s capable of.”

On the other hand, Wolff analyses how the porpoising restricts the team from finding solutions. Not only for the bouncing, but for other problems that the car might have.

It is not giving them opportunities to analyse their engine and other components. Meanwhile, Wolff is impressed how the drivers are managing the car.

He said, “You see the bouncing on the main straight, I wonder how the two of them can even keep the car on the track at times. Because of the bouncing we are not able to run it where it should run. That has huge ramifications on the set-up, on the tyre grip etc, so one is interlinked to the other. I think if we were to get on top of the porpoising we would unlock much more in terms of performance on the car.”