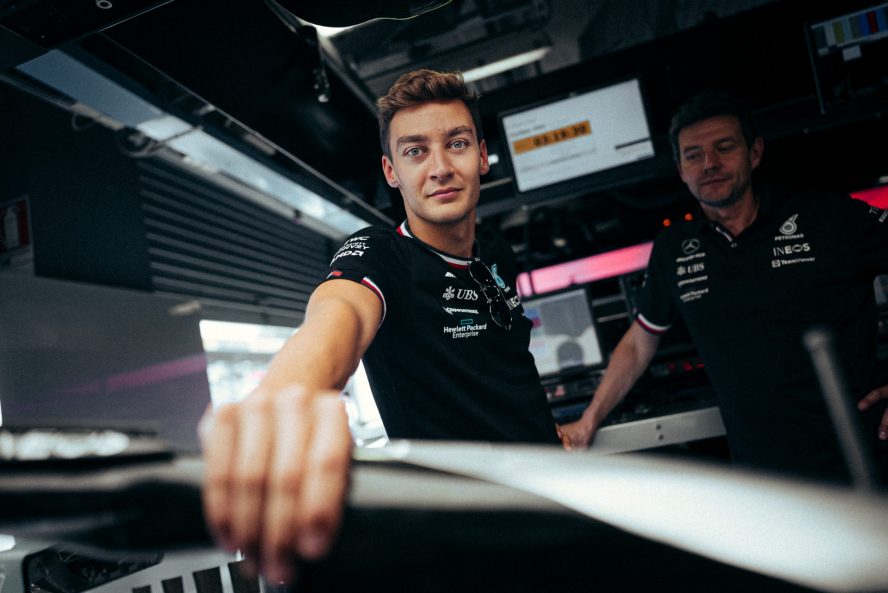 George Russell and Mercedes are not having a plain-sailing season despite him finishing in good positions after each race, however, it might be a different story when teams visit COTA.

The Brit whose having his debut season with Mercedes said that the Circuit of the Americas is the place where Mercedes are most likely to finally finish victorious. Lewis Hamilton was positive that the team can leave Spa-Francorchamps with a victory. But a tumble with Fernando Alonso’s Alpine during the first lap caused damage to the W13. This saw Lewis Hamilton out of the Belgian GP while George Russell finished fourth.

There are only six races left on the calendar, the next one being Singapore. Time is running out for Mercedes to finally claim victory. The team managed to achieve a podium finish so far, but it has not recorded a single win yet. Since 2014, Mercedes averaged at least 14 wins a season. But that only went on until 2021, when Max Verstappen triumphed as first-time World Champion.

Lewis Hamilton is looking at breaking the over 300 races curse. Any driver who competed in over 300 Formula One races, has never gone on to win another race. Meanwhile, George Russell earned himself seven podiums so far in his first season with the Silver Arrows. However, he doesn’t want to leave the 2022 season without a win.

The 24-year-old was asked where Mercedes are most likely to claim victory in the last six tracks left on the calendar. Mercedes have a chance of finishing victorious in Singapore, Japan, COTA, Mexico, Brazil and Abu Dhabi.

Russell told Formula 1: “[I’m] not too sure; there’s no stand-outs that really spring to mind. Singapore could be interesting, but historically it’s a circuit where Mercedes have struggled a little bit, and we know at street circuits this year we haven’t fared so well.

“I’d probably say maybe Austin; I think Austin could be a circuit that suits us better – but I truly don’t know.”

He added: “I think as a team we’re making a huge amount of progress at the moment and [we’re] understanding the car more and more. Hopefully, as we develop the car further, we can take some further gains.”

Mercedes started the season off with severe porpoising issues. They mainly had to do with the new Venturi floor that the 2022 regulations imposed on the teams. The team has come a long way since the beginning of the season, however, they are not up to scale with Red Bull, who are on another level.

They are hoping for a second-place finish in the Constructors’ Championship. This comes after Ferrari failed to remain consistent throughout the season and some team blunders lost them crucial points. Lewis Hamilton came close to victory in Zandvoort, but Verstappen’s pit stop saw him overtake the Brit on fresher tyres. Hamilton didn’t pit as he was leading the race, while George Russell called for a change to the soft compound.

Russell has been working with the team at Mercedes very well, showcasing great teamwork and a sense of unity with the seven-time World Champion. If Mercedes up their game in the seasons to come, can we see George Russell become a World Champion himself?