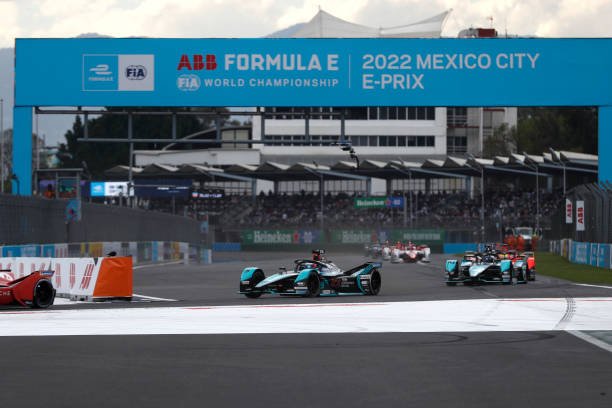 New manufacturers confirmed for the Gen3 era of Formula E for 2023’s Season 9.

As Formula E looks forwards to the future seven manufacturers are confirmed to race the new Gen3 car. The Gen3 car is set to hit the track in 2023 but will be unveiled to the public in Monaco shortly before the 2022 E-Prix.

The Gen3 car will be the latest generation of the all-electric racing car and will make its debut in Season 9 of Formula E.

Jean Todt labelling the car as being “created at the intersection of high performance, efficiency and sustainability”

Who’s signed up for Gen3?

There is a new addition with Maserati signing for Gen3 and Season 9. This makes them the newest addition to the grid.

“We are delighted to confirm the commitment of seven of the world’s leading car manufacturers to the Gen3 era of the ABB FIA Formula E World Championship, and we look forward to seeing them battle against each other.”

What to expect from the Gen3 car

The Gen3 car is set to be the most efficient racing car yet being lighter and smaller than the Gen2 car. At least 40% of the energy used during the race will be produced from regenerative braking.

The new cars will also be the first of their kind to include both front and rear powertrains. The addition of the front powertrain will provide an additional 250kW of power. This brings the total regenerative capability to 600kW almost doubling the amount of the current Gen2 car.

Due to the addition of the increased regenerative capability and the frontal powertrain, this means there will be no rear hydraulic brakes in place.

Finally, there will be an updated electric motor that can deliver 350kW of power. The motor is expected to be twice as efficient as its ICE counterpart due to its power to weight ratio. This means the motor will be capable of producing top speeds of 320 km/h (200mph). An increase from the 280 km/h (174 mph) of the Gen 2 car.

The Gen3 car will also promote more of the sustainability factors and is set to be aligned to Life Cycle Thinking.

To maintain the championships status of the first sport to be certified net zero carbon from inception, Gen3 will also be net-zero carbon.

Formula E CEO commented on the ideas behind the car saying;

“In designing the Gen3 car, we set out to demonstrate that high performance, efficiency and sustainability can co-exist without compromise. Together with the FIA, we have built the world’s most efficient and sustainable high-performance race car.”

The Gen3 car is set to be launched to the public on the 28th April at the Yacht Club de Monaco.