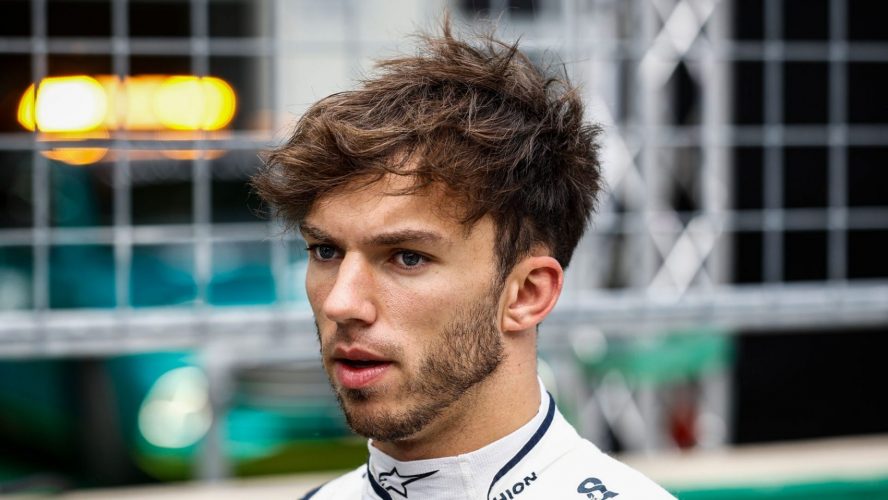 After an intense Austrian Grand Prix, Gasly stated that he believes Alpha Tauri is the slowest car on the grid.

It was an upsetting weekend all around for the cars under the Red Bull umbrella. Firstly, Perez had to DNF after the first-lap contact with George Russell. Secondly, Max Verstappen failed to win the Red Bull home race after looking dominant all weekend.

After these two upsets, you’d think the Red Bull group had had enough. Well not quite. Both Alpha Tauri drivers, Pierre Gasly and Yuki Tsunoda, failed to win points finishing P15 and P16 respectively.

This disappointing result, at somewhat of a team home race, prompted Gasly to state that he believes his and Tsunoda’s car is the slowest car on the grid at the moment. The weekend was so poor that Gasly said he wanted to “write off the weekend”.

After a stellar season last year, many believed Gasly would continue his incredible form. This has not been the case. Could it be because he is driving differently OR is the car truly the slowest and Gasly is doing everything he can?

Well, in a statement Gasly acknowledged that the car was slow and insisted he was trying his best.

“I try to do everything I can inside the car but at the moment there is just nothing to do, so I think we desperately need the upgrade on the car to be able to get any decent result”.

He also commented on the pace of the car specifically.

“At the end of the day we just have no pace. You can do whatever you want, any strategy you want, with the speed we have at the moment”.

These comments seem like a world away from last year when Gasly was consistently qualifying in the top 6 and the car had the pace to allow him to achieve such results.

We probably have the slowest car right now.

As the season has just reached halfway done, it is important for Alpha Tauri to improve. At this current moment in time Gasly only has 16 points and Yuki has 11. This puts the team in P8 in the standings, only above Aston Martin and Williams.

After commenting that the team had the slowest car on the grid, Gasly stated that he hopes for upgrades in time for the next Grand Prix.

“It’s really a shame to see that we are fighting for the last positions. We haven’t had new parts on the car for a very long time and it’s starting to show, so hopefully we should have this update for France.”

As the French Grand Prix will be Gasly’s home race, it will be great if the team can provide an update in time.