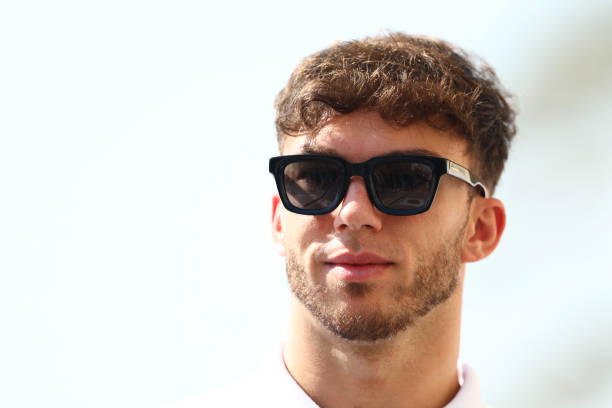 The Frenchman will driver for Alpine next season, signing with the Enstone team after a disappointing final season with AlphaTauri

New Alpine driver Pierre Gasly is not sure on how AlphaTauri will perform next season. The Faenza-based team have opted for a new design for their AT04 car.

Gasly will drive for Alpine next season alongside fellow French driver Esteban Ocon. The Frenchman endured a difficult final season with AlphaTauri as the Faenza-based team finished ninth in the constructors’ championship.

The 26-year-old initially signed a new deal with AlphaTauri for 2023. The French driver was expecting a good season in 2022 after an outstanding season in 2021, finishing in ninth with 110 points.

However, it did not go to plan for the Italian team. Gasly and his teammate Yuki Tsunoda could only manage 35 points between themselves, showing the lack of pace the AT03 had.

Difficult to know the performance order

AlphaTauri are a prime example of not knowing how a team will fare in a new season. The Faenza-based outfit finished the 2021 season in sixth with 142 points. Fast forward a year, the team dropped all the way down to ninth in the constructors” championship.

Gasly admits that with all of the teams developing their cars heavily for next year, it is hard to predict the order of teams:

The Frenchman questions if AlphaTauri could rise up the midfield again. The 26-year-old knows that his former team are completely changing the concept of the car. Therefore, the AT04 could be a massive success or a massive disaster.

As for his new team Alpine, the Enstone team came off the back of a successful 2022 season. The French outfit managed to beat McLaren to fourth in the constructors’ championship.

The team were able to provide consistent upgrades to the A522 that improved the performance of the car. However, one concern is the reliability of the car. The Enstone team lost out on a lot of points – that could have made themselves comfortably in fourth – due to reliability woes.

“I think what’s important is just to work and prepare ourselves the best way possible for next year. And, and yeah, crossing my fingers that the Alpine package is going to be even stronger than it was this year.”

Gasly emphasised the point of AlphaTauri believing that they can move up the grid for next year. However, the Italian outfit could not retain the Frenchman for another season. Instead, they opted to sign Nyck de Vries to partner up with Yuki Tsunoda for the 2023 season.

“Hopefully it changes for good, my position,” he said. “But at the same time, you never know. We talked about it with the [AlphaTauri] guys as well.

“They tell me that their next year’s car is the best one they have ever had, and they’re going to be fighting at the front!

“And it’s normal, and then when you speak around the paddock everybody is making huge steps forward and God knows what’s going to happen.”

With Alpine finishing fourth in 2022, the 26-year-old hopes for further improvement from the Enstone team. His new teammate Esteban Ocon is adamant that Alpine are next in line to become frontrunners with the progress the French outfit has made.

“Alpine has had a fantastic season, finishing fourth in the championship, beating McLaren. So they clearly have a good package. And next target is the big three.

“So we’ll try to push as hard as possible, but I’m confident there are going to be amazing results to achieve with the team.”

Do you think that Alpine will be able to challenge for multiple podiums in 2023?