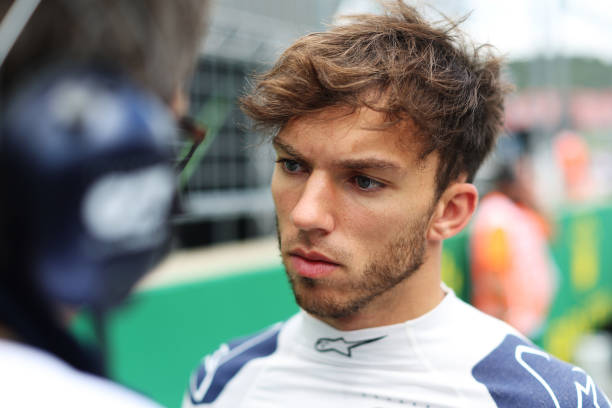 After both drivers finished outside the points again, Pierre Gasly craves upgrades to the AT03.

Teammates Gasly and Yuki Tsunoda finished the Austrian Grand Prix in 15th and 16th place respectively, making this the fourth weekend in a row that the team has failed to score points.

Their last major upgrades appeared in Imola back in April, and the French driver believes it is about time they introduce some more.

Gasly recently announced a contract extension with AlphaTauri and will be hoping to take the Italian outfit from strength to strength. His last haul of points was in Azerbaijan, where he finished the race in fifth place.

Driving in Spielberg was a very different story. After qualifying in 10th on Friday, he dropped back to 15th in the sprint race.

Sunday wasn’t exactly much better; a collision with Sebastian Vettel and a five-second time penalty for exceeding track limits ensured that it was a race to forget for the Frenchman.

“The weekend was a disaster,” said Gasly. “Apart from qualifying, but then we were nowhere, in terms of pace. I tried to do everything I can inside the car but at the moment there is just nothing to do, so I think we desperately need this upgrade on the car to be able to get any decent result.

“You look at Yuki, look at myself, even on the strategy we lost a position when we boxed. At the end of the day we just have no pace. You can do whatever you want, any strategy you want, with the speed we have at the moment [it won’t make a difference].”

“[We] just can’t keep going like this so we need to reset, and as I said we should have some new parts coming and hopefully they come for France and we can show a better pace there. It’s not surprising if you don’t have new parts, others are improving and you see at the start of the year we’re fighting with the guys at the front [of the midfield] and [now we’re] finishing 20, 30 seconds behind.”

Tsunoda’s race was arguably not as disastrous as Gasly’s, despite the fact that he finished lower. He was set to finish the race last but was saved by Vettel’s time penalty.

The Japanese driver reported a problem relating to unpredictable balance in the car over the weekend.

He explained how this impacted his race: “Fresh tyres were able to kind of hide those issues – the grip, able to hide those issues, limitations – but as soon as I felt a step less grip, it starts to slide a lot.

“We definitely have to find what was the issue there.”

Looking ahead to Paul Ricard

AlphaTauri’s poor weekend in Austria saw Haas leapfrog them in the standings. Mick Schumacher and Kevin Magnussen both scored points for the second weekend in a row. This propelled the US team seven points ahead of the Red Bull sister team.

According to Jody Egginton, technical director at AlphaTauri, another upgrade package is due to be implemented at the French GP.

He said: “We’ve got a lot to review back at base.

“Now our focus is to get our updates to the car ready for the French Grand Prix and get ourselves back into the midfield fight.”