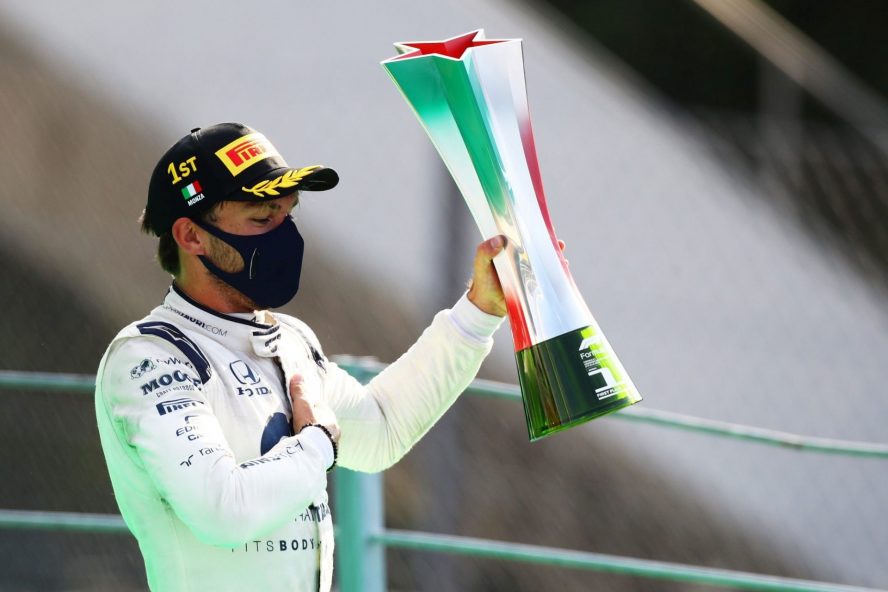 As Gasly has now moved to Alpine, the Frenchman reflects on his time at AlphaTauri

Ahead of his first season with Alpine, Pierre Gasly has been reflecting on how AlphaTauri made him a “better driver”.

Gasly has just moved to Alpine for the 2023 season. He and Esteban Ocon will team up in the French garage. This means Alpine will also fulfil its dream of an all-French lineup. The French driver even said that driving the Alpine in post-season testing was “emotional”.

Despite having now moved on from AlphaTauri, Gasly has admitted that his time with the team made him a much better driver. He also spoke of his pride in being one of the team’s most successful drivers.

Even when he wasn’t driving for AlphaTauri or Toro Rosso (as it was formerly known), Gasly was still in the Red Bull system. His move to Alpine means 2023 will be his first time in Formula One without being part of that system. Gasly has admitted that this move will be hard and that changing teams “is definitely closing a chapter“.

In Abu Dhabi, he spoke about his achievements with the Italian team. Gasly mentioned his win in Monza as one of the highlights.

What Pierre had to say…

He said: “I will remember everything I have experienced over the years with the team, my first race in Formula 1, first podium and first win”.

Gasly hopes his new partnership with Alpine will be the right fit for him, though he credited his past team with making him a better driver.

He also spoke about how his achievements felt even more incredible considering the Italian outlet’s only other victory came from Sebastian Vettel.

“I’m happy and proud to leave the team as their second race winner and [to be] part of the race winners with Sebastian Vettel. [It] Definitely feels special”.

This victory wasn’t the only incredible success that Gasly had with the team. He also had a podium (his maiden podium) in Brazil and one in Azerbaijan (which he shared with Vettel).

“I want to say a massive thank you to everyone I’ve worked with, they’ve all done a tremendous job. We’ve had three amazing podiums. Now it’s time to celebrate these unforgettable memories together”.

Looking forward to next season, Gasly has stated that he already feels like he is in 2023 and working towards that season with his new team.

Do you think Gasly used his time at AlphaTauri wisely? Do you think Alpine will be the right fit for him?