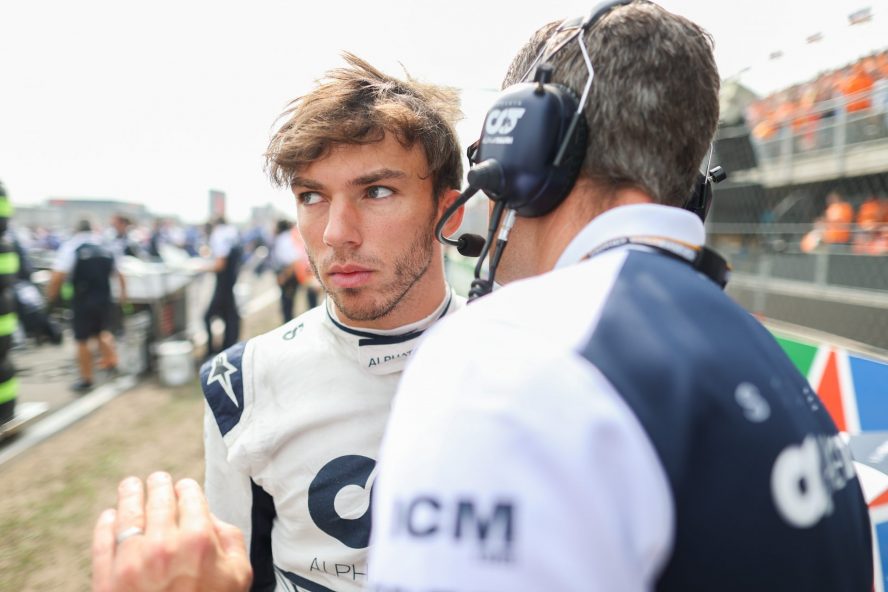 Pierre Gasly might currently be the most discussed name on the drivers’ market. The Frenchman looks ready to progress past AlphaTauri and possibly Red Bull’s affiliation but the number of available seats is limited. Now, according to the driver, the future is out of his control.

Debuting in F1 with the team back when it was still called Toro Rosso, Pierre Gasly has been driving for AlphaTauri for his whole career in the sport with the expectation of the brief and unsuccessful passage to Red Bull in 2019. However, the Frenchman has often proved his talent with podiums and brilliant performances, obviously including the victory in Monza in 2020.

Following the announcement of Fernando Alonso’s move to Aston Martin Cognizant F1 Team for 2023 and Oscar Piastri’s controversy, which will lead the Aussie to drive for McLaren next season, Pierre Gasly has been considered the preferred name for a drive at Alpine in ’23.

Gasly: “My ambitions are to fight at the front”

However, according to Sky Sports F1, the Frenchman was told by AlphaTauri that, despite the presence of a contract with the team for 2023, he would be allowed to leave the team with the correct payout. Hence, now Gasly admitted in Monza: “At the moment this is out of my control.”

In case he would remain with the Italian team once again, however, Gasly assured his effort won’t change:

“These guys have given my first win in F1 and my first chance in Formula 1. It doesn’t mean I’m going to stay there all my life because my ambitions in Formula 1 are to fight at the front, and that’s what I want.”

“It’s been five years at AlphaTauri. We’ll see if I do another year there, but at the moment that’s what’s planned. If this is what happened I’ll give my 110 per cent to this team.”

Gasly: “There are only positives”

The French then went on to add his future is still a work in progress: “There are a couple of things that need to be sorted first before we talk more about this situation. In my situation, there are only positives. We’ll see what happens in the next few weeks.”

Recently, AlphaTauri announced that Gasly’s teammate Yuki Tsunoda will remain with the team in 2023. The lack of any mention of Gasly regarding the other seat could easily be interpreted as confirmation that the Frenchman will not race for AlphaTauri next season. In a drivers’ market full of twists, however, the last word is yet to be said.