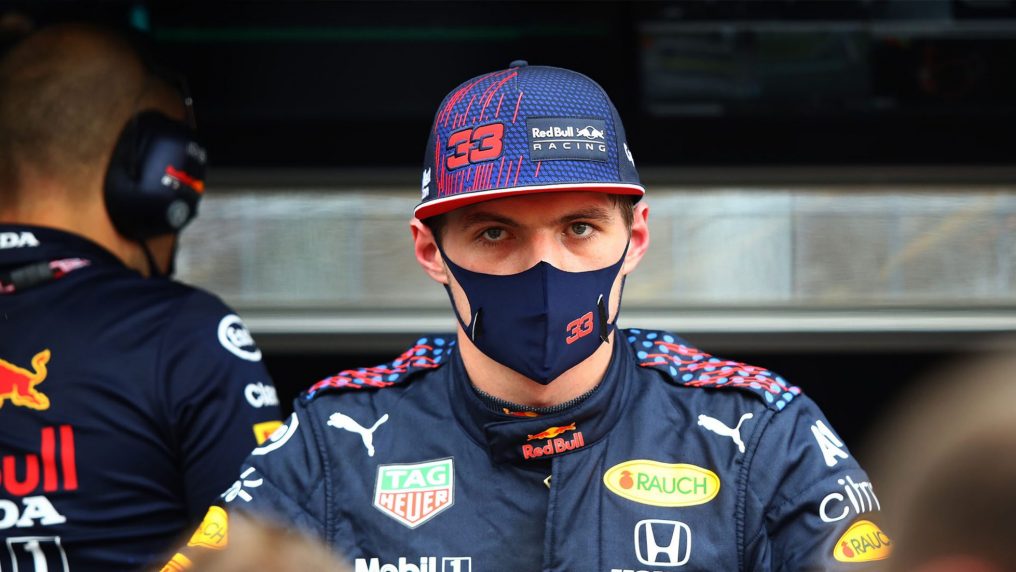 Fuming Verstappen reacts to Bottas ruining his race in Hungary

Red Bull’s Max Verstappen had a race to forget in Hungary on Sunday, finishing 10th and losing his championship lead to Lewis Hamilton.

The Dutchman was the innocent victim in a huge pile-up on the first lap which saw five cars retire.

Hamilton’s Mercedes teammate Valtteri Bottas broke far too late on the slippery Hungaroring track, ploughing into the back of Lando Norris’ McLaren, which subsequently hit Verstappen.

Bottas also collected the other Red Bull of Sergio Perez, forcing the Mexican driver to retire, meaning the Milton Keynes team have only taken one point from the last two races.

Verstappen was able to continue despite having significant damage to his floor and right-side barge board, valiantly battling back to take tenth by overtaking Daniel Ricciardo – another driver caught up in the first lap incident – during the closing laps.

After the race, an irate Verstappen reflected on how another collision with a Mercedes ruined his weekend, following on from the Red Bull driver’s high-impact crash into the barriers at Silverstone while duelling with Hamilton.

“Again taken out by a Mercedes so that’s not what you want,” Verstappen told f1.com

“You could see Valtteri just completely misses his braking point and causes a big crash.

“From then on, I was missing the whole side of my car and the whole barge board area, the floor was damaged as well so it was almost impossible to drive to be honest.

“I still tried my very best and I scored one point, so it’s at least something, but it’s of course not what we want.”

Sunday’s result means Verstappen relinquishes the championship lead he has held since Monaco to Hamilton, trailing the Brit by six points in the standings heading into the summer break.

Mercedes and Hamilton have both made significant gains in the constructors’ and drivers’ championships during the previous two rounds in Silverstone and Budapest, taking the lead in both competitions after the race in Hungary.

But Verstappen believes this is due to his own bad luck rather than the German team managing to gain a performance advantage.

“These moments, it doesn’t do anything, it’s just disappointing,” he added.

“I know that when we go again, I will be there again, I’ll try my very best and I hope my car’s going to be competitive. But we’ll find out.

“It’s a lot of freak moments at the moment that cost us a lot of points.

“They’re of course very quick, but we will focus on ourselves, we keep pushing and we’ll see where we end up.”