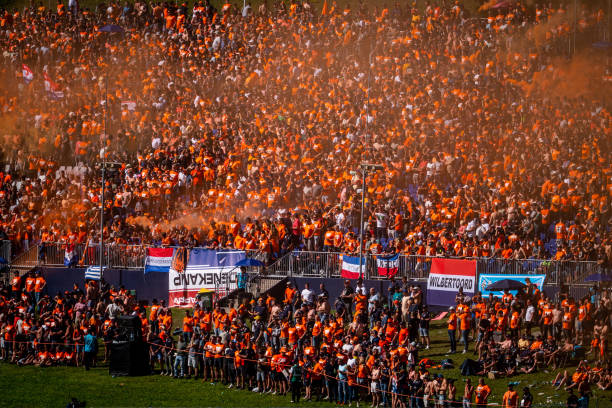 Free Practice 2 in Spielberg: Who gets the best setup?

On a sprint weekend, Free Practice 2 on Saturday is always the last chance to prepare the set-up for both the sprint and the race on Sunday.

The crashes of both Mercedes in qualifying showed how quickly it could become problematic on the track. In FP2, Hamilton’s car was initially not ready to drive, but after 45 minutes, he made it out of the garage. Russell was able to start after a short delay.

At the beginning of the session, all teams were on different tyre compounds – especially Sebastian Vettel on Hards. But he switched to mediums after a short lap on the white tyres.

The rest of the field used mainly medium and soft tyres.

The weather in Spielberg could hardly be more changeable – could we even see a rain sprint? The wind at least seems to have decreased. It was almost windless during the sessions.

What was going on at the front?

Max Verstappen was battling with Charles Leclerc for first place in the standings, as he has been doing so often lately – he made it to P3 in the end.

Teammate Perez has some catching up to do for the sprint, as he will start it from P13 this afternoon. Horner said the Mexican aims to “get as far forward as possible”.

Both Ferraris seemed to have problems at turn three, which is on the hill – the apex doesn’t seem easy to find. Carles Leclerc finished the practice session in P2, Carlos Sainz in P1.

Mercedes mechanics worked long hours on the cars after Hamilton and Russell’s accidents. Especially the underbodies caused problems, according to Toto Wolff.

Best of the Rest?

Andreas Seidl had already announced before the start of the weekend that McLaren had set themselves the target of being fourth on the WCC table. The qualifying yesterday looked rather bad.

In Free Practice 2, Lando Norris and Daniel Ricciardo ended up on P10 and P17.

McLaren’s biggest opponents at the moment seem to be Alpine. The French team sets good times week after week – especially Fernando Alonso, who continuously shows promising results. Both drivers waited some time until their cars were ready. Nevertheless, there was no sign of being hectic.

With just under half an hour left on the clock, both Alpines went out. They set times to end the Practice session on P4 and P5.

At Haas, qualifying went surprisingly well. Both cars made it into Q3 – without significant upgrades, which are only supposed to come from Hungary.

After 20 minutes, we could see that Schumacher’s brakes were sparking slightly – the brake-by-wire system had already caused him problems in Barcelona. He went into the pits to have this checked.

For Valtteri Bottas, it is already clear that he will start Sunday’s Grand Prix from the back of the grid. He has had several new power unit parts fitted. However, the penalty will not be applied already om the sprint, so he could theoretically score points. Bottas will start the sprint from P12.

Team-mate Guanyu Zhou didn’t have much time to recover from his crash at Silverstone. Whether he can score points in Austria remains to be seen. He managed P14 in Free Practice 2.

After Pierre Gasly narrowly missed out on Q3 (due to the late decision against Sergio Perez’s track limits), the Frenchman is now doing everything he can to get the best out of the AlphaTauri to score points. He climbed P12 in practice.

By Francesca Herring10 hours ago

The Aston Martins played a wild tyre merry-go-round in FP2. They briefly tested each tyre compound once to see how the drivers’ tyre management worked in Austria.

As Sebastian Vettel already said after the poor qualifying result: the Aston Martins are too slow. This was also evident in FP2. Vettel finished the session in P19 and teammate Stroll in P17.

After his success at Silverstone, Nicholas Latifi could not continue his winning streak in qualifying – but his performance still looked solid in the second practice session in Austria.

Alex Albon did not seem to suffer any lasting effects from his accident at Silverstone, manoeuvring the Williams to P15.

We are looking forward to the action in the sprint. Especially at the front, it could be exciting. Who will start the Grand Prix tomorrow from pole position? Verstappen, Leclerc, Sainz or someone else?