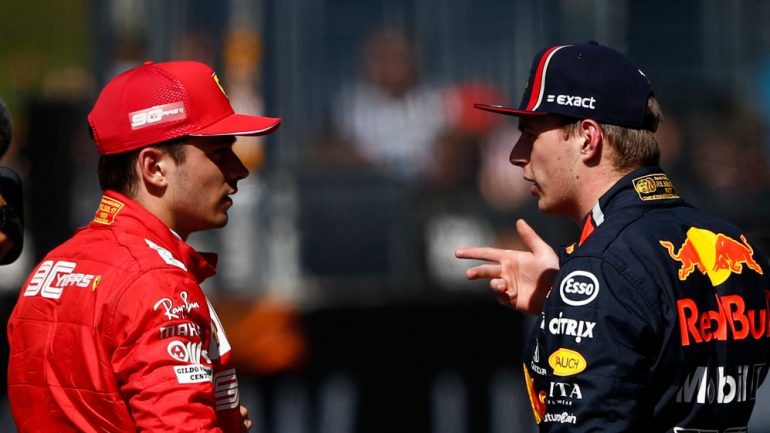 FP3 Results: Top Two Separated by less than a Tenth

The past two Free Practice sessions had Pierre Gasly and Max Verstappen go fastest, but, who topped the times in the final practice of the weekend?

FP3 started in the sunny (maybe too sunny) Bahrain afternoon. FP3 has very different conditions to the race so it will be interesting to see how the cars handle the evening after today’s sunny afternoon. Bahrain was windy this afternoon, as it was last night. These crosswinds could wreak havoc.

The Mercedes cars looked all out of shape at the start with issues of porpoising and Russel reporting major understeer when he tries to hit the apex. However, they picked it up towards the end.

There were still reports of porpoising from other teams and it seems that the oscillations are a problem that won’t go away. Hulkenberg reported some vibrations very early on in the session.

Surprisingly, porpoising was a term coined by the wonderful Mario Andretti who, if you didn’t know, came on our Cut to the race Podcast: check it out here!

Yuki Tsunoda’s car suffered a hydraulics issue which meant Tsunoda wasn’t able to complete a single lap in the session. Yuki went to take a lap and his steering was fully broken, will they be able to sort it out by qualifying.

There was a yellow flag around the 28th minute when Charles Leclerc’s Ferrari suffered a massive “snap” as Leclerc tried to accelerate out of Turn 11 and went flying into the gravel. Luckily he didn’t hit the wall and was able to continue on with the session. It was an accident due to the combination of crosswinds and Charles being a bit trigger-happy with the acceleration.

Unlike yesterday’s practice, the grid was all on different tyre compounds and likely all on different programmes and simulations. Hamilton went out (on softs) after around 15 minutes and went to the top of the leader board (although there were only 5 times set).

The session got to 20 minutes in and only 12 drivers had set a time.

At around minute 25, Max Verstappen set out on the softs and set a 1.33.035 (7 tenths up on Charles Leclerc in P2). It was an incredibly quick lap but the thing was, Max didn’t look remotely  “stressed” and the lap looked pretty easy.

It also looks like the Williams could struggle with tyre management with Alex Albon reporting that the tyres were struggling after just four corners.

Around minute 35, Lewis set out for a flying lap, he went purple in the first sector, green in the second and third. Lewis was 0.086 off of Max’s top time.

This made me think, have Mercedes been sandbagging this entire time and have decided to turn it up for the last half of FP3?

Russell took the track again with 16 minutes to go. Russell went purple in the middle sector, and, went quickest. Russell went over a tenth quicker than Verstappen with a time of: “1.32.935”.

It was like a preview to qualifying, it was great !!

Perez, yesterday, looked a little off the pace. However, Checo went out and set a purple first sector which started a lap that was good enough for P3.

These times are still all much of a muchness and we won’t know how fast these cars really are until qualifying this afternoon, so, who will be on pole?

Haas looked pretty confident with KMAG getting into the top 10 repeatedly (and mich Schumacher setting some purple sectors, could Haas make Q3?