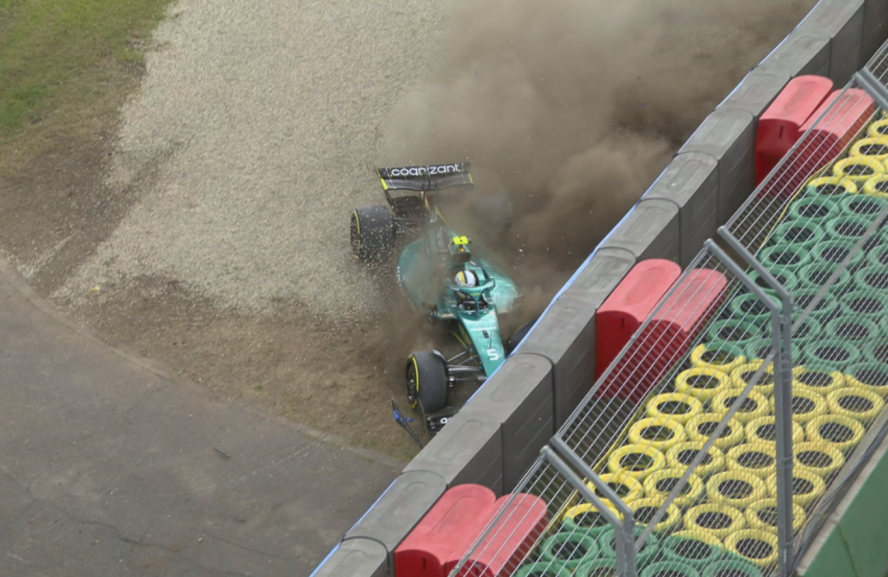 Taking on Australia, there were two red flags at the Albert Park Grand Prix Circuit.

At 25°C, track temperatures were up to 35°C with a 20% chance of rain. The DRS zones were reduced from four to three. The DRS zone 1 was removed just before Turn 9. After Turn 10, drivers were permitted to take off. Also fun fact, Oscar Piastri declared drivers were reminded to wear fireproof pants…just in case as you never know.

“the teams trying out the bigger step in the compounds between medium and soft. This has turned out to be the right nomination this weekend so far, given the performance gaps we measured between the tyres today, so that’s something we might do again at other races in future. We observed some graining on the medium and soft in particular during both sessions. As this obviously has a direct effect on degradation, managing it will be a key element to the race strategy; although we’d probably expect the teams to focus on the two harder compounds, using the soft for qualifying.“

First out of the pit was Guanyu Zhou. Ferrari didn’t use their new diffuser between the two drivers. The Prancing Horse kept the playing field fair. Norris nailed a time of 1:21.247. Yesterday, most drivers were close to 1:18+ seconds. There was a brief yellow as Lewis Hamilton struggled and ended up in the gravel. The seven-time champion brushed the barriers.

About 20 mins in, the session stopped when a red flag appeared. Sebastian slid off track at 160mph. It was through the apex into the barriers by Turn 10. The four-time champion confirmed he was alright as Schumacher checked in. Talk about sportsmanship.

Ferrari were in fine form. Carlos Sainz nearly had a collision with Nicholas Latifi. Then the Spaniard secured an impressive time with 10 minutes to go.

Red Bull brought their top game. Perez performed a 1:19:458. Max Verstappen veered away almost losing his rear tyres in the final corner but regained control and focus. The Dutchman dared to get a good lap time. It’s early days but the main battle seems to be Ferrari vs Red Bull.

Norris shook up expectations with a 1:19:117. The Brit braved it all to take it. McLaren were vying for first. At one point, Fernando Alonso made a personal best with 1:19:275.

The drivers finished on soft tyres. It was a mix. With five minutes to go, McLaren, Ferrari, Alpine and Red Bull were top. Mercedes struggled. Both cars went off track at one point. Both drivers had trouble transitioning in the corners. Not a good start for the eight-time constructor champions.

Stroll is into the wall, the session will not be resumed

Driver is out of the car and OK #AusGP #F1 pic.twitter.com/tnqS6wljdx

Then Lance Stroll crashed. The Canadian got into the gravel. Another Aston Martin left the session. The session didn’t resume.

The important thing is that Seb and Lance are ok. Now it's time for the team to get to work. #F1 #AusGP

For Free Practice 3, it was over too soon. The final times are below. Lando Norris smashed it!