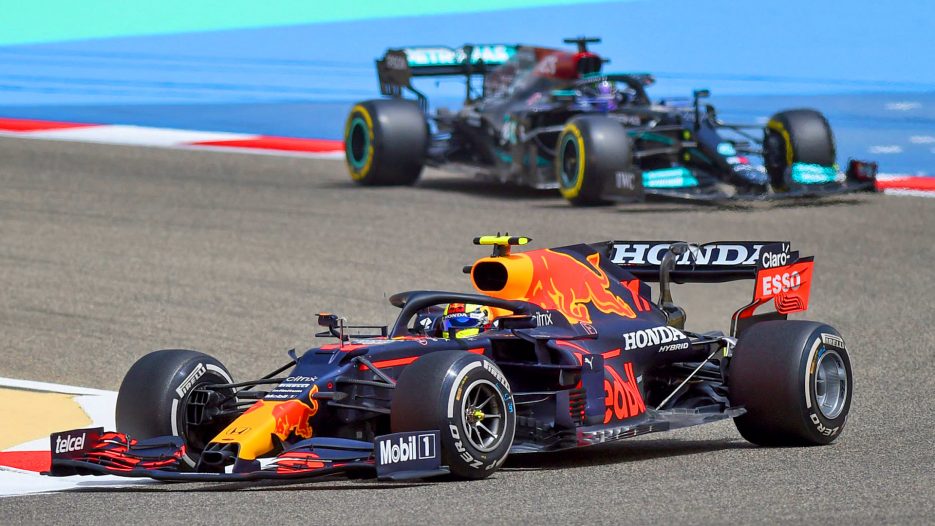 FP1: Has one team solved their Bahrain problem?

It’s FP1 and we’re back in Jeddah. it feels like it hasn’t been long since we were last there. The sun was shining in the early evening session and it was time to see who looked best on this unique street circuit. It’s a windy evening in Jeddah so the elements are really challenging the drivers.

The fastest lap of the session was a 1.30.772 set by Charles Leclerc on Soft Tyres.

Red Bull have seemed to overcome their Bahrain problems with all Red Bull team cars in the top 7 and Max and Pierre being in the top 3 for most of the session.

The scary thing for Ferrari is that Max was only a tenth of Charles’ lap yet Vertsappen was on harda whilst Charles was on softs.

Fernando Alonso has had to change his Internal Combustion engine already! Luckily the engine change won’’t bring about any penalties and Alpine should reuse Bahrain’s engine later in the season.

Red Bull broke curfew last night, trying to improve upon the issues they suffered in Bahrain. Hopefully the hard work has paid off.

There were still complaints of Mercedes porpoising with Hamilton saying:

“there’s still a lot of bouncing”.

This was surprising considering how ner the track is and therefore how new the surface is. Hopefully, Mercedes can sort out the issues before the race like they managed to do in Bahrain.

At the start of the session, last week’s shocker (KMAG) had really bad gearbox issues which brought him into the pits after only a few minutes of driving. For anyone watching, the car sounded very ill and the gears sounded very rough. Magnussen was unable to drive for the rest of the session and he was already at a disadvantage having never raced here before.

Pierre Gasly actually kissed the wall towards the end of the session and both Alex Albon and Max Verstappen struggled with the headwind and had lots of oversteer.

The session was red-flagged at minute 17 due to the braking point board coming loose and falling onto the track. The debris was quite literally everywhere.

“the 50 m marker into turn 1 has come loose”- Ricciardo

It turned out that the cause of the board falling onto the track was Ricciardo’s teammate, Lando, hitting the board. Lando originally thought he hit the wall but it turned out to be the board.

The sign had already come loose and was in the incorrect position so when Lando hit the sign, it was already in the wrong place.

Because of the narrow roads in the street circuit, there is no safe way to clear up the issues with cars still on track so the session was red-flagged.

With about 10 Minutes left to go, Max Verstappen complained about a “burning feeling”. He was reassured that it wasn’t his car but as we know from Bahrain, Max knows when his car isn’t right. In Bahrain, Max knew there was an issue much earlier than his engineers.

Toward the end of the session, nearly everyone was on softs except for Mick on the mediums and Max on the hards.

At the start of the session, the grid were on a variety of tyre compounds. As it’s the first practice session in Jeddah, its likely that each team are running slightly different simulations with different tyres and different running lenths.

Around minute 7, Gasly suffered a severe lock up into the last corner. This seems like it will be an issue throughout the weekend with the sheer amount of corners and the high-speed nature of this circuit.

When the session was red-flagged, Russell and the two Ferrari’s had not set a time. Magnussen hadn’t also but this was due to the issues with the car.

Ferrari seemed silently confident as the garage was calm and they weren’t trying to maximise the session for running time.

Obviously, the red flag preventing running time wasn’t in Ferrari’s plan, but at Jeddah, you have to expect everything.

The cars went back onto track just before the halfway point and all drivers took the opportunity to get out and make the most of their running time (except KMAG).

When Sainz finally got a lap in, the first of the Ferrari’s, he only went P13 and then Leclerc went P11. They were both on the hard tyre but they were significantly slower than Verstappen’s time of 1.30.888.

At around minute 32, it was a top 4 for Red Bull Powertrains. Verstappen-Tsunoda-Gasly-Perez. They were all on hard tyres too.

Then Mercedes ruined that party with Hamilton going P4 on the softs.

Leclerc reminded us how risky turn 14 is as he went into it and completely lost the rear and ran off the track.

With about 20 minutes to go, Leclerc went second fastest on the hards. He was still over half a second off the pace.

Gasly was able to go second fastest on the soft, even after his little incident hitting the wall.

With about five minutes left, there wasn’t much change in the timings- except Leclerc and Gasly swapping positions.

With 2 minutes left, Leclerc set the fastest lap of the session with a 1.30.772 on the soft tyre.

The chequered flag dropped and Leclerc was still driving and going purple but didn’t manage to go any faster.