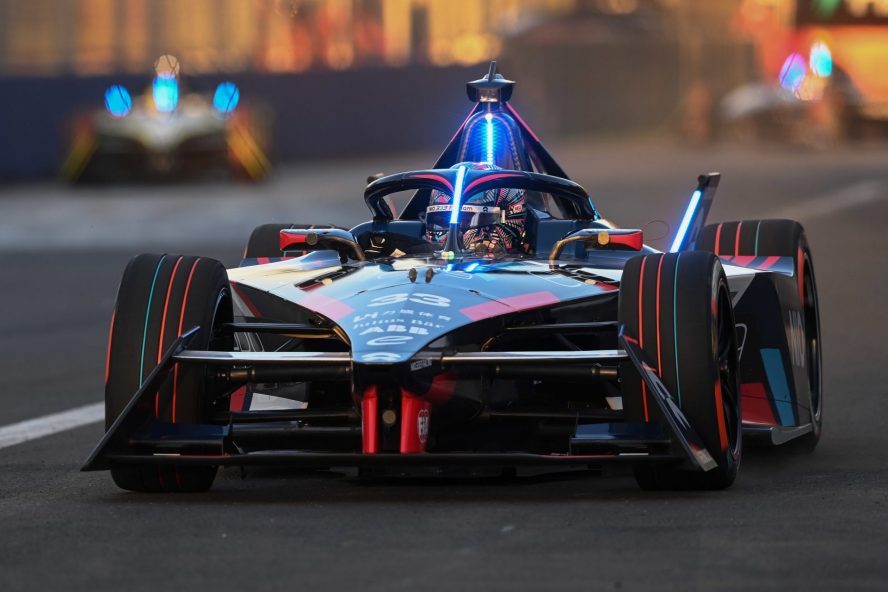 Despite not receiving any points at the weekend, the team are positive about the performances from their car and drivers.

NIO 333’s Dan Ticktum was able to flourish in the qualifying session, setting his best ever result. However, he failed to progress past Jake Hughes. The Englishman’s efforts were clear, as he set the second fastest time in the quarter finals of the qualifying duels.

Ticktum’s teammate also showed a great deal of pace in the qualifying session. In fact, he narrowly missed out on joining the duels by one tenth of a second. The Brazilian then started the race in 13th place, compared to his peer in 5th.

Unfortunately for the team, Ticktum also picked up a penalty for a pre-start glitch. His stellar pace shown in practice and qualifying proved to bear no fruit as there would be no points ahead of the race.

It was a start to be proud of for NIO 333. Sérgio Sette Câmara managed to make the third fastest getaway in the practice sessions, just 0.010 off the top spot. Both drivers were able to end the practise sessions in the top half of the time sheets and the pace did not stop there. Speaking to NIO 333, Sette Câmara stated:

“The last two attempts were the ones that really mattered, and on one I had traffic, and on the other I made a mistake which cost me about three tenths.”

Following that, the Brazilian believed that without the mistake, he would have made P1 in his group.

Ticktum was even able to finish third in his qualifying group. But, after being stuck behind another driver, Sette Câmara was only able to move up to seventh place in his group. NIO 333 was able to gain their best qualifying result since August 2021, after the Berlin E-Prix. Speaking to NIO 333, Ticktum said:

“I managed to put a good lap in qualifying and then again in the duels, it was just a shame I was paired with Jake Hughes, as he was the fastest out of all the drivers, overall I’m pretty happy with the pace we showed.”

It was a good start for Ticktum who held onto fifth place. He was able to keep NIO 333 in the running for a top five finish too, until two safety car interventions changed things. After the second race stop, the Brit had to serve a drive-through penalty due to an energy ‘overboost’ on the dummy grid which made him tumble down the grid. He said:

“We had the penalty for something that was out of my control, that was it for our race, however you have to expect some issues especially in the first race of the season and with a new car.”

By Nathan Hartley17 hours ago

Sérgio Sette Câmara fared no better during the race either, falling down to 16th. However, he had to finish the last segment of the race conservatively to save energy which ultimately cost him. Speaking after the weekend, he explained:

“We have to look at the data to understand what we can do from the driving and car side so we can put it all together in Riyadh.”

The team were delighted with the performances of their car and drivers. NIO 333 now look forward to the Diriyah E-Prix and they will be looking to show more of their pace from qualifying and practice. One man who is certainly up for this season’s challenge is Sérgio Sette Câmara, who said:

“I’m sure if we keep this qualifying performance and improve our race pace we can achieve some great things this season.”